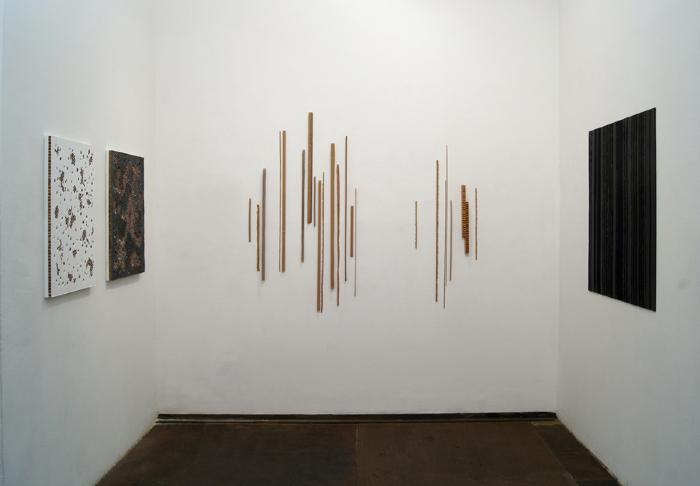 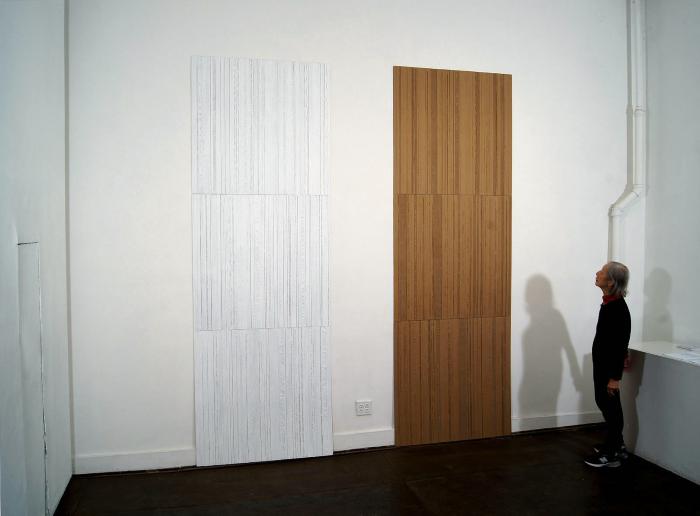 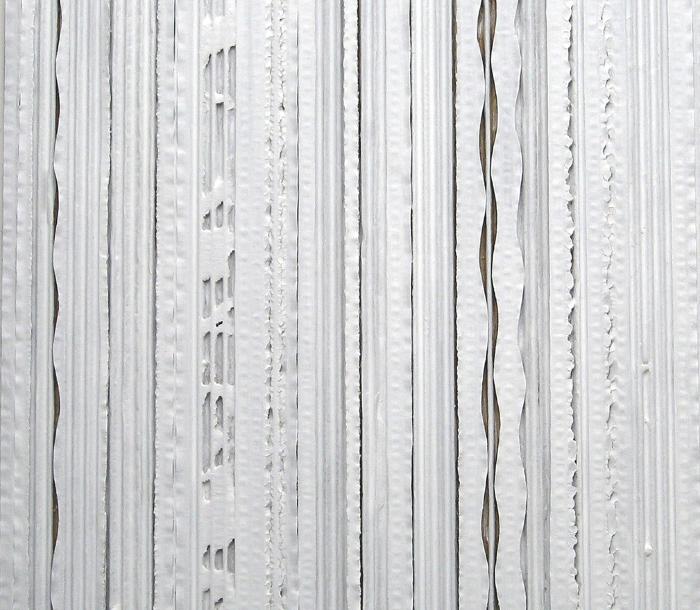 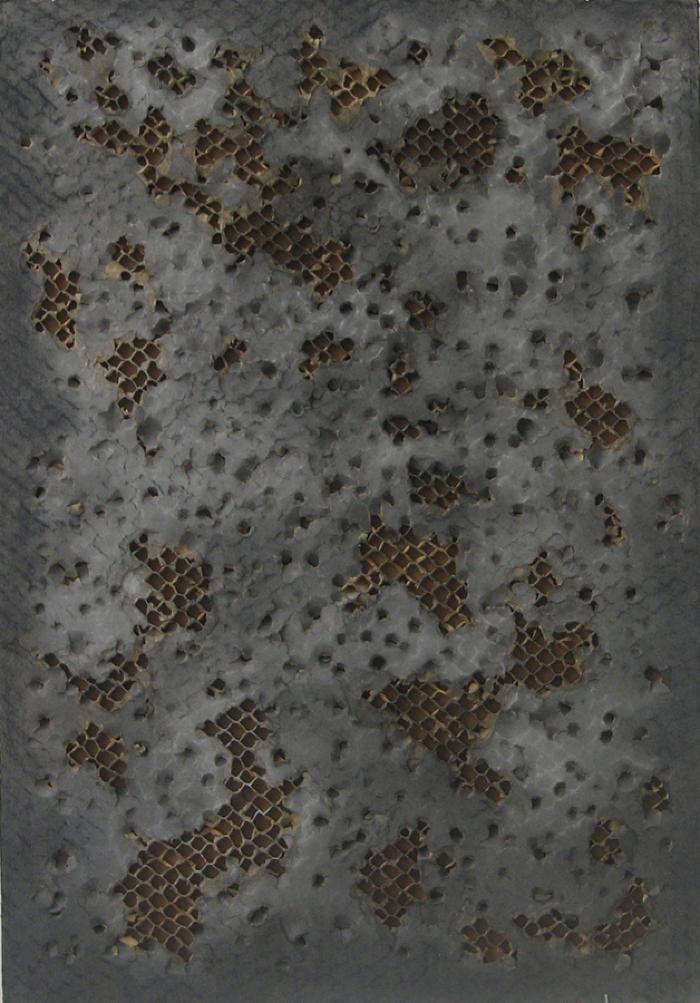 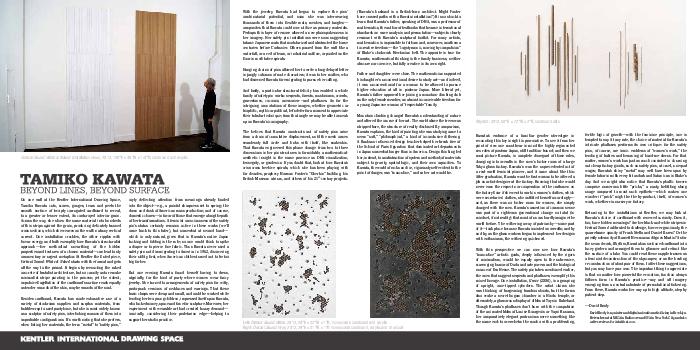 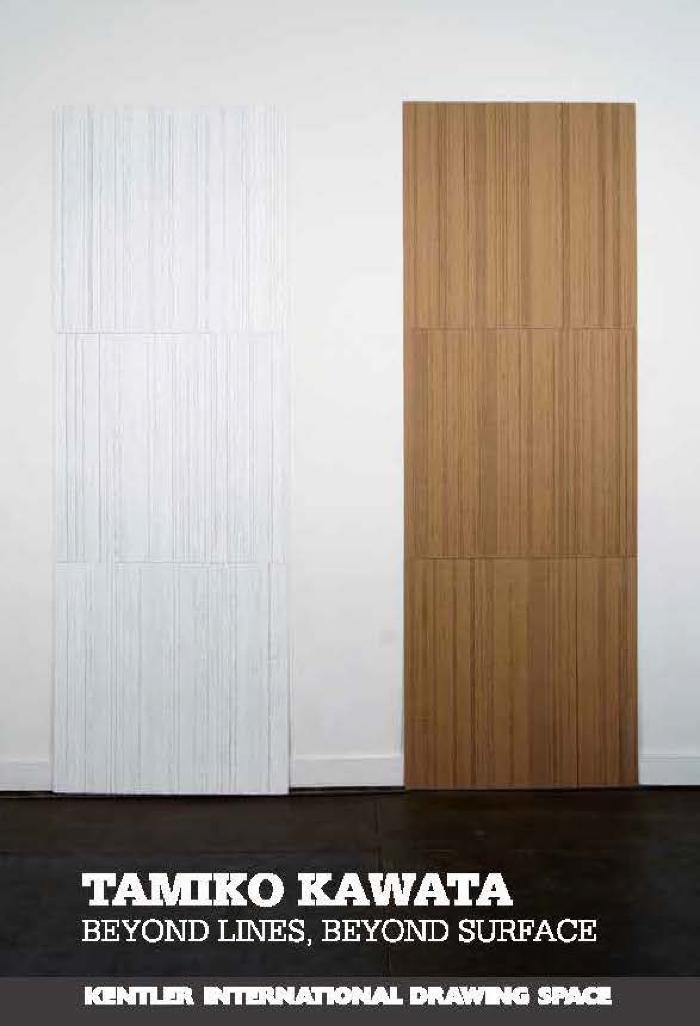 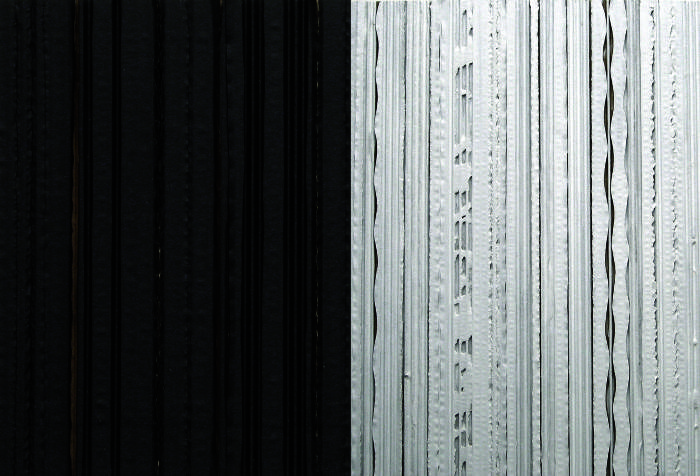 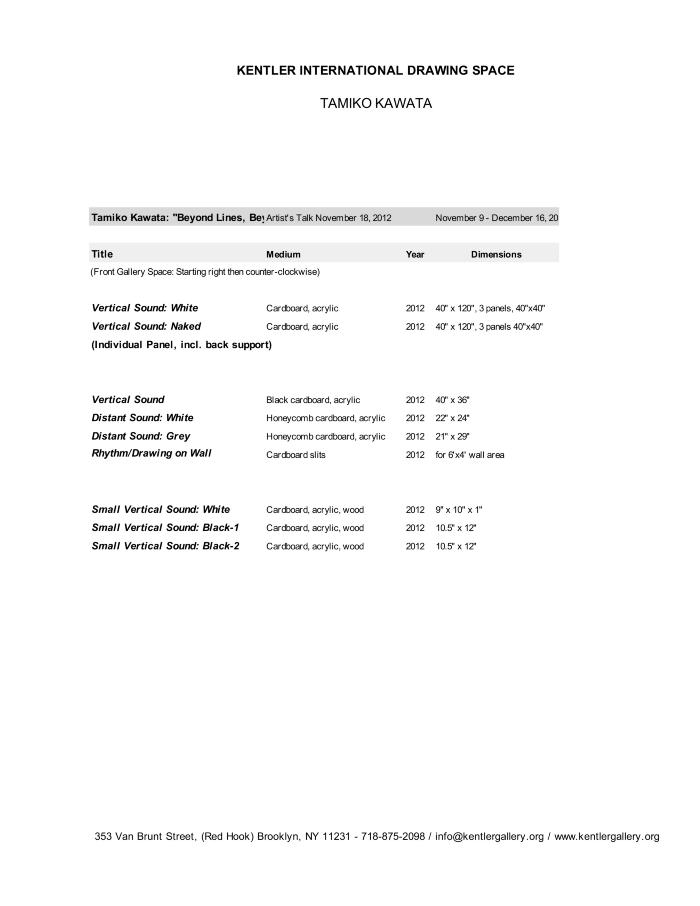 Returning to the installations at Kentler, we may look at Kawata’s choice of cardboard with renewed curiosity. Does it, too, have hidden meanings? Are her black-and-white stripes in Vertical Sound calibrated to challenge, however graciously, the quarrelsome opacity of Frank Stella and Daniel Buren? Or the priestly solemnity of Barnett Newman and Agnes Martin? As for the second work, Rhythm, Kawata has sectioned cardboard into lacey girders and arranged them to glimmer and refract like the surface of a lake. You could read these supple trusses as a feminist deconstruction of the skyscraper; or as the healing reconstruction of a lost pair of them. I offer these suggestions, but you may have your own. The important thing to appreciate is that no matter how powerful the evocation, function always follows form in Kawata’s practice––any and all imagery emerging from a neutral substrate of permutational tinkering. From there, Kawata works her way up to high altitude, step by patient step.
––David Brody

David Brody is a painter and digital animation artist living in Brooklyn. He teaches art at MICA in Baltimore and SVA in New Yori City, and also writes reviews for Artcritical.com.