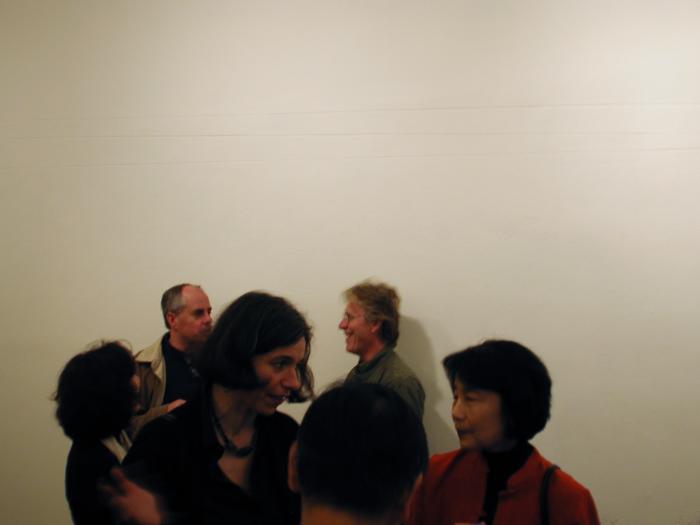 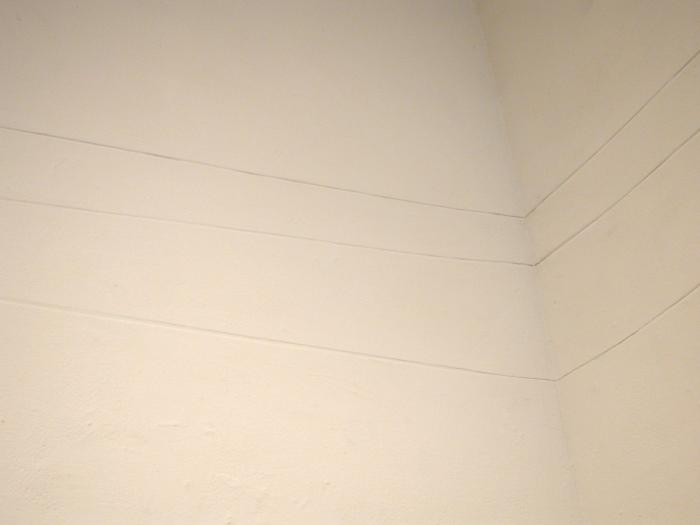 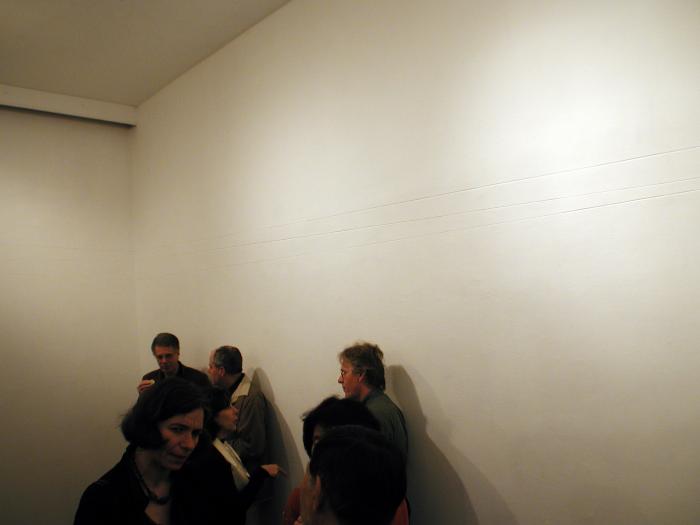 Mimmo Roselli lives in Bagno a Ripoli in Tuscany, Italy. He has also been working in Santa Rosa in the Chaco region of Bolivia for many years where he is founding an art school in the forest. His new piece "Drawing Space" is sited in Red Hook, Brooklyn and will visually connect these three geographic locations of present importance to the artist by lines cut into the walls of the gallery.

The lines of the drawing and connection are incised into the wall with a grinder. The cut drawn lines cover the walls, creating a magic meeting space of ideas and aesthetics. To signify distances between the places, small interruptions will be left between the arms of lines and low, near the floor below the interruptions, numbers will indicate geographic locations. The three engraved lines around the gallery in the bright white space are missed at first, becoming evident when visitors embrace the quiet of the "Drawing Space" and calm the mind to see.

Artist Statement
"In the last three years I have been working on installations, I call them, lines defining a space as environmental sculptures, pulled from one wall to another wall, disappearing into the wall and appearing from another; they are a sign of a link, representing solidarity between peoples, the memory of the thousands of human destinies: meetings, disagreements, embraces, perspiration, perseverance, toil, pain, love, thought, omnipotence, poverty, filth, innocence.

For many years, I have dedicated my work to analyzing the concept of the border: only using the glazing and layering technique, there is maximum reduction of image. Lightness and transparent together with rich of detail is produced through the stratification, multi-layering of glazing color to reach something that is not a body of matter, but a transparency with thickness, with weight, very light, that take his own power by depth. The spaces, so built, are furrowed by signs that cross like a walk in a vast landscape. So that there is no loss of history, no loss of variety, no loss of complexity, even if the is an apparent absence of things represented. This basic idea is linked to the "borderline" concept: everything that is on the border has the characteristic of being extremely unsettled. This situation has an enormous capacity, the power of changing. The model considered takes, on a collective dimension, the relationship with a "borderline" environment. This gave rise to the pictorial production in an Indian’s village of Bolivia, in a favela in Rio de Janeiro, in a home for the old in Italy and to the projects of artistic intervention in the hospital.

The direction I see it heading is more and more to the necessity to catch an absolute need of silence, but not a passive silence, on the contrary very active and distinguished; for this reason my work is a false minimal, because is rich of many little variations (the glazing ground) and of vibrating courses, traced not with light hand using brush or pencil, but using an edged blade that cut, but don't tear, and that make the trip indelible (the sign). All that because I want to re-affirm a kind of aesthetics of beauty, maybe not showy, not unbecoming, subtle and sensual, that comes from that silence necessary to be able to hear a possible dialogue between ethics and aesthetics.”