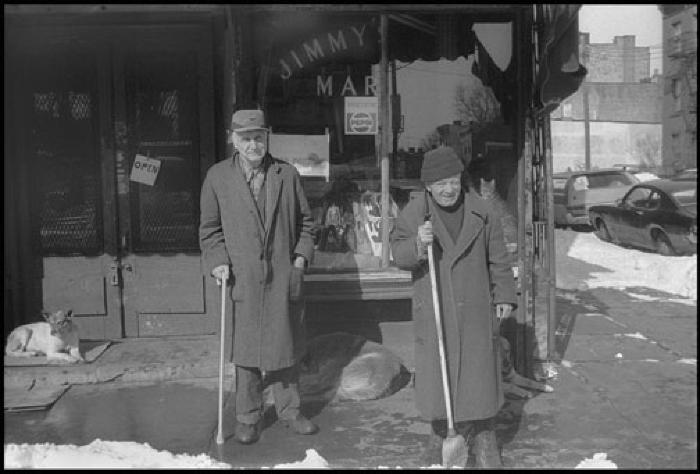 "Jack and Walter outside Jimmy's Market" by Janet Neuhauser 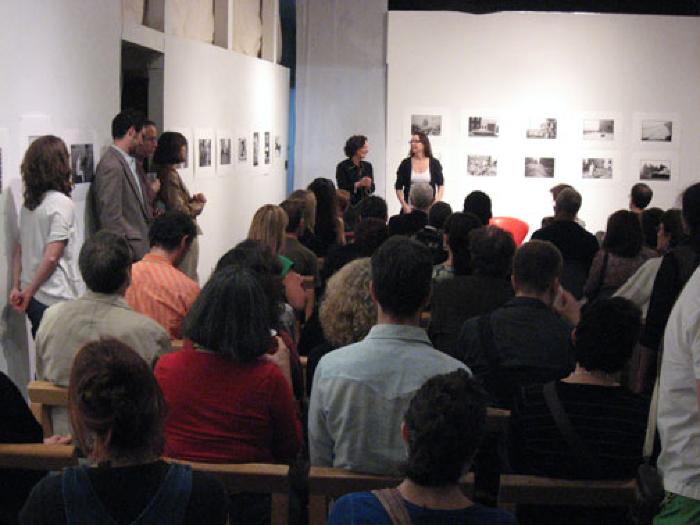 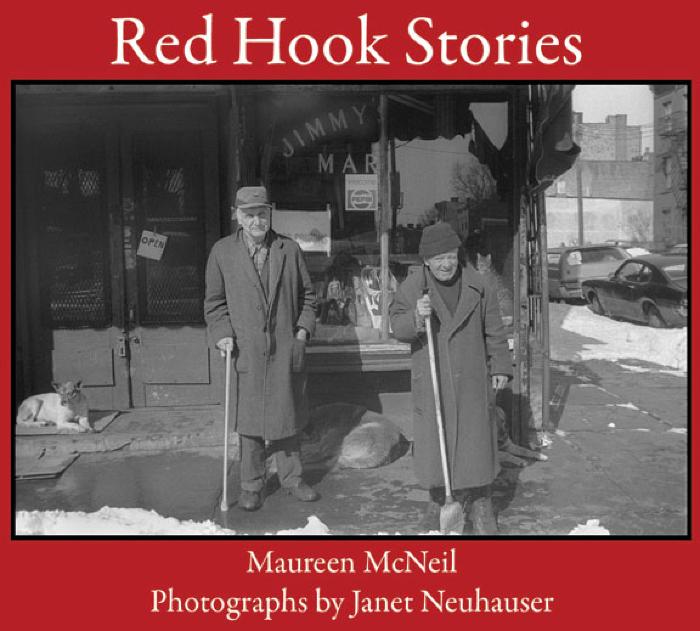 This spring author Maureen McNeil and photographer Janet Neuhauser released a compilation of 20 short stories and photographs that recount the politically and otherwise neglected residents of the “empty dockyard neighborhood” that was Red Hook between 1981 and 1992. In Red Hook Stories, McNeil’s characters—artists, carpenters, squatters, out-of-work dockyard workers and their families—struggle to survive against a backdrop of sagging porches and scrappy streets, through civil meetings, young pregnancies and kitchen poker games played with welfare checks. Together the scenes paint a vivid and warm, although isolated and difficult, picture of life in 80s Red Hook, and the author’s care for the neighborhood is evident in the book’s intimate tone... (excerpt from The Brooklyn Eagle, published April 30, 2008)