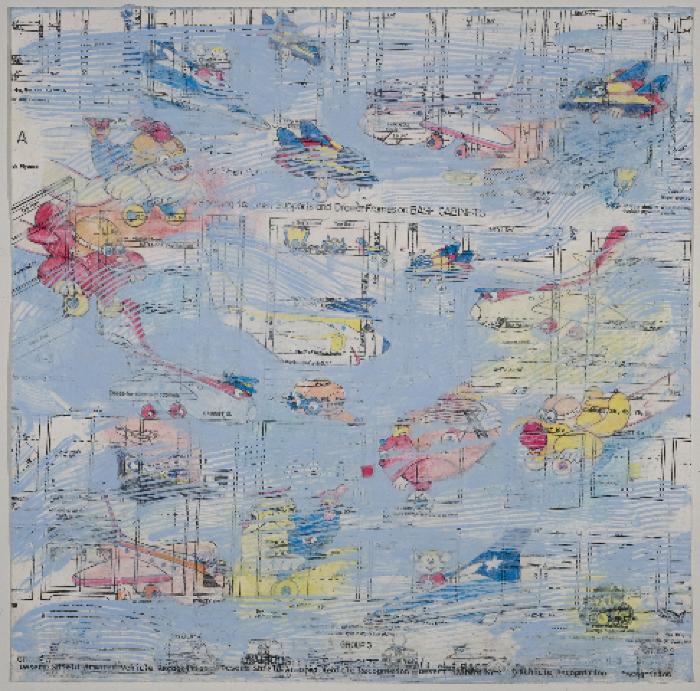 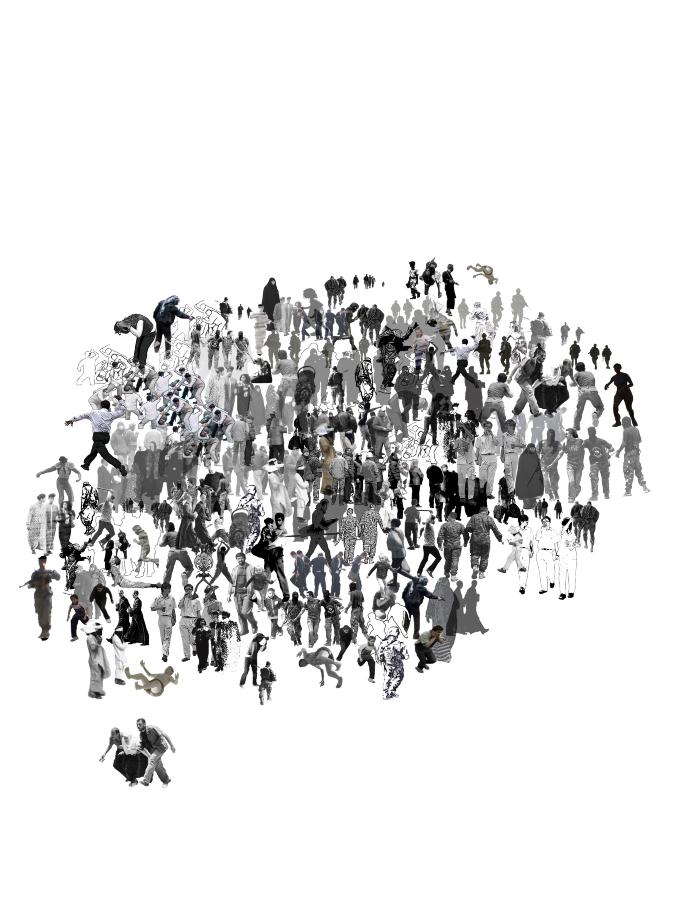 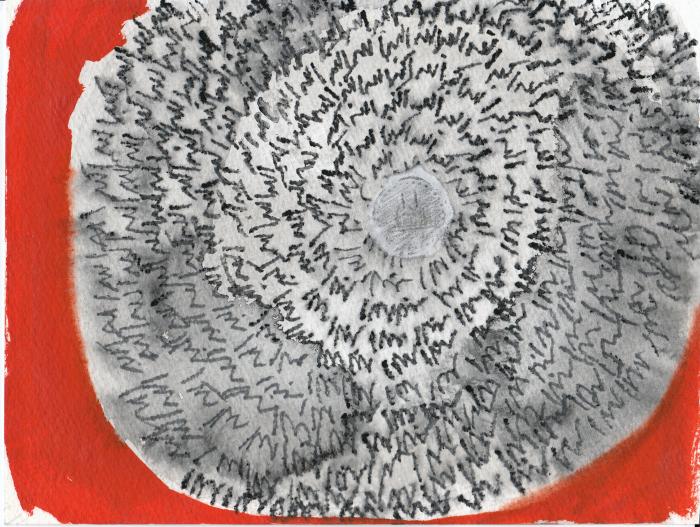 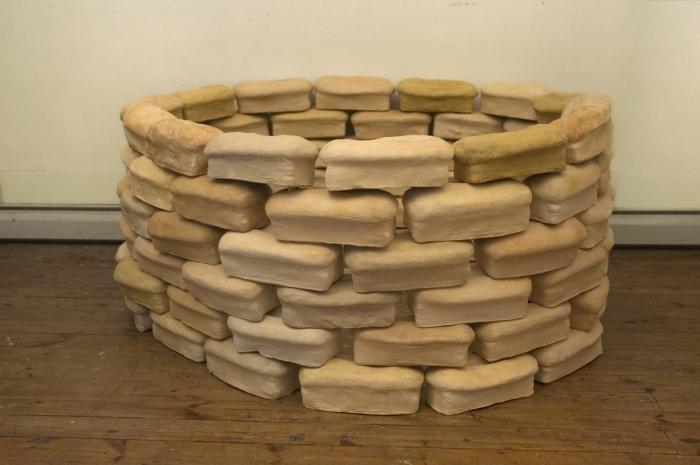 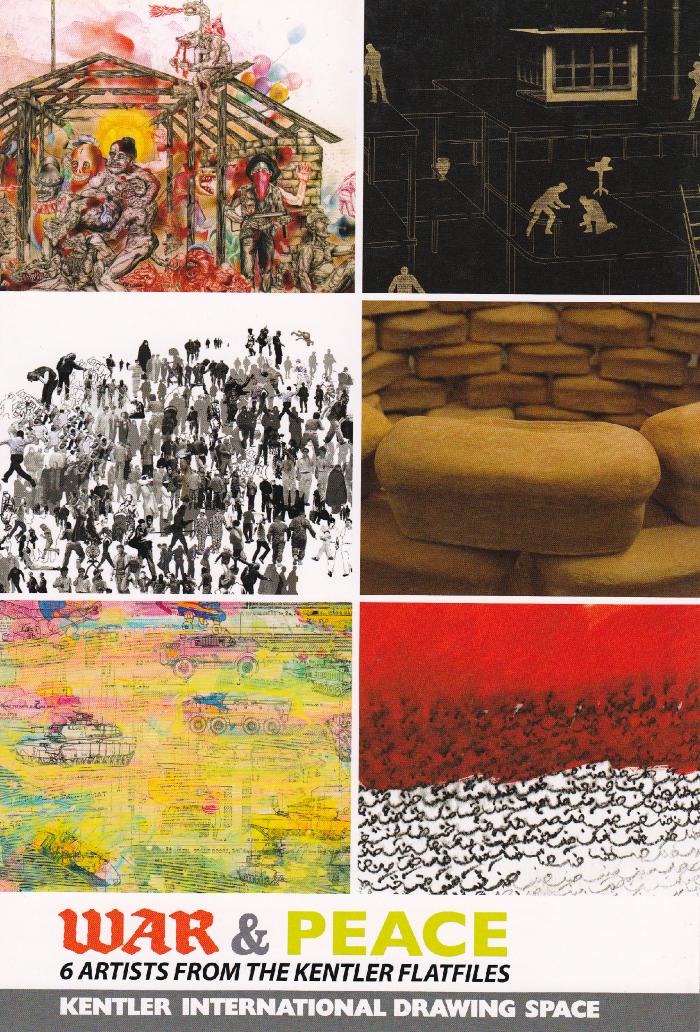 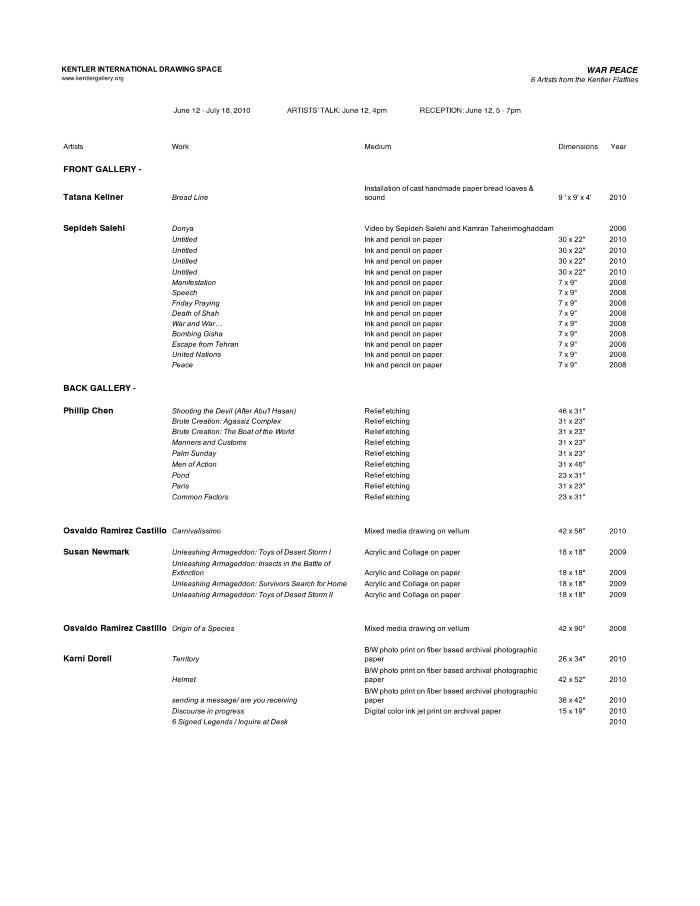 The work of the six artists selected from the rich files of the Kentler International Drawing Space by its director, Florence Neal, depicts various manifestations of world conflicts. Some of these clashes have happened in the past and are relegated to history; some are simmering under the surface, driven there by the ratifications of numerous diplomatic treaties; and some are very much present, affecting the everyday lives of millions. Some seem to be dormant only to flare up unexpectedly with ferocious intensity; others are large military engagements carrying on the outdated tradition of solving problems through open hostilities.

Since man began to record history, there have always been wars—for space, resources, prestige or honor, and almost always for the supremacy of certain ideologies. Often carried out in the name of common good, these wars inevitably unleashed forces of destruction that could not be contained and that reverberated long after the semblance of peace was established. War is a big employer. Military budgets are rarely cut and often carry large research funds. With the employment of evermore sophisticated weapons, the outward face of war has changed. Advanced technology greatly increases the number of victims—especially among the civilian population, whose loss of homes creates another army, the army of refugees. It is the existence of the safe family home that seems to be “killed,” leading to incalculable suffering and later to hostilities that span decades, even centuries.

According to the biblical prophecy, Armageddon is an ultimate battle that will bring about the destruction of civilization as we know it. It is the mother of all battles ushered in by warmongering zealots and became a subject for Susan Newmark’s extensive series dealing with weaponry. “A deeply felt sense of dread that this could actually occur began to seep into my consciousness. With each report of a terrorist attack, civilian casualties or armed conflicts grew in the Middle East. My mixed-media collages have frequently been influenced by books of various types and my Armageddon Series appropriates images from two U. S. Army booklets. The first is a manual for the troops, diagramming Desert Storm war machines and their country of origin so they can be recognized during combat; the second, from the cold war period, provides detailed instructions about how to construct a shelter to protect one’s family from the nuclear holocaust.” 1There is a toylike quality to the collaged images set on a background of pastel colors suggesting child’s play and/or the playfulness of model building. Boys always love to play soldiers—some never outgrow that stage, to the detriment of the world. For them the immediacy of aggressive action is necessary to assert domination, and their perception of time is limited to the present.

But there is another domain of time; there it moves in a measured way and the protagonists are often involved in a state of seeming inaction. However, it is during those periods of relative calm that they hatch the plans that change the world. In his relief etching Men of Action, 2009, Phillip Chen isolates figures of statesmen and politicians culled from newspapers and other publications of mass consumption. Their dislocation from the structural outline makes their movements seem random and robotlike. It is hard to fathom that these personages exerted a power that influenced history in so many significant ways.

Chen explores the principle of wu wei, which translated literally means “without effort or direct engagement.” In original Taoist texts wu wei was associated with the properties of water, frequently viewed as formless or malleable. It has, however, the capacity to erode stone, and the sound of its dripping could drive a person to distraction. Water might be a mightier tool than conventional weaponry as suggested in Pond, 2005, another of Chen’s works of masterful juxtaposition of diverse images. / El Salvadoran artist Osvaldo Ramirez Castillo comments on the cultural and social conflicts that culminated in years of brutal civil war in that Central American country. “My work is an act of revision focused as an allegorical narrative of historical, cultural and personal experience. Using the human body as a symbol and site for trauma, it’s engaged with the memories of violence that marked El Salvador during the civil war in the l980s. My work also explores El Salvador’s cultural legacy of storytelling manifested through pre-Columbian mythology mixed with North American iconology derived from popular culture.”² Richly textured and colorful, Castillo’s mixed-media pieces well express the violent impulses within a society engaged in the brutality of civil war.

Sepideh Salehi was born in Tehran, and her childhood was marked by the tumultuous times of the Islamic revolution and Iran-Iraq war of the l970s and l980s. As a woman she was especially affected by the socio-political changes caused by the heightened consciousness of Islam and the religious fervor that swept the country. Salehi ultimately left Iran to study art in Italy, later moving to the United States. Many of her pieces respond to the image of the veil and the tradition of concealing the body, and to imagery based on a Muslim prayer stone with an image etched on its surface. Her large pencil drawings in this exhibition are the artist’s response to the violent events of last summer’s contested Iranian elections that brought large-scale protests and violent confrontations to the city’s streets. The composition of repeated selected images, already present in Salehi’s earlier work, is evident in a structure of barricade-like formations. Sometimes the lines that exude from these are red—there was blood spilled in the streets of Tehran in the summer of 2009.

During World War II Tatana Kellner’s parents were interned in some of the most notorious Nazi extermination camps. They miraculously survived, returned to their native Czechoslovakia, married and hoped for Tatana to grow up in a free society. Reality was different however. In the late l940s the Iron Curtain divided Europe, and Czechoslovakia fell under harsh Soviet domination. When 20 years later the ideals of Socialism with a Human Face, were crushed by the armies of the Warsaw Treaty led by Russian tanks, Tatana’s family decided to emigrate to the United States. But the new country revealed its own problems, such as economic and racial inequality. Sadly the bread lines formed during the depression were never truly eradicated. Bread still remains the basic sustenance for millions, and Kellner’s large installation, Bread Line, 2010, underscores the importance of this elemental food. It also pays tribute to the artist’s own central European heritage, where visiting dignitaries were offered bread and salt, seen as the greatest blessing for them and by extension for their constituencies.

Karni Dorell’s American family moved to Israel when she was a child. She lived there through one of the Arab-Israeli wars and the massacre of Israeli athletes during the Olympics in Munich in 1972, admiring the general unity of goals and citizens’ dedication to their country. Then came the recognition that the very same unity can erode individuality and breed nationalism and intolerance. Combined with the economic hardships of displaced populations surrounding the tiny state of Israel there is a recipe for disaster. The explosions set off by hopelessness and fanaticism bred in the refugee camps cause myriad attacks around the world with innocent bystanders being killed and mutilated. In her series of large-scale photo prints, Dorell mixes images of figures culled from various sources, civilian and military, trying to decipher the possibility of some measure of coexistence within the conceptual domain of creativity.

The work chosen for this exhibition aims to address issues of emotional and physical displacement through the prism of the artist’s vision. Different approaches were chosen by each artist as a result of personal experiences, cultural identity and heritage. It is a testament to the transformative power of art to translate these often horrific occurrences into a viable means of communication and aesthetic value.