Focus On The Flatfiles: In Bloom 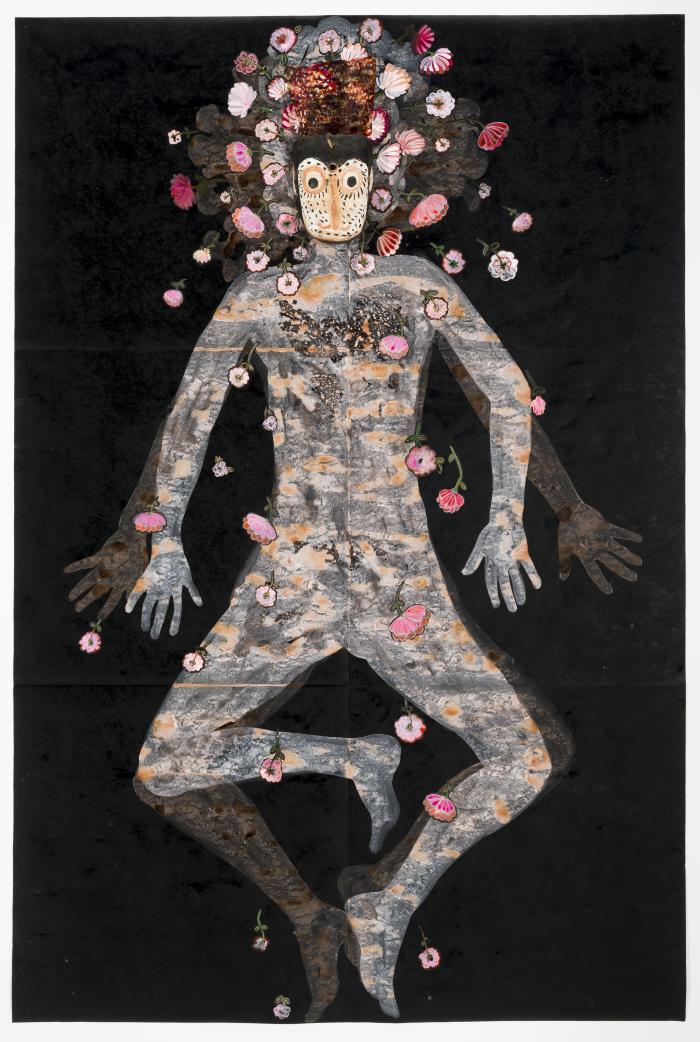 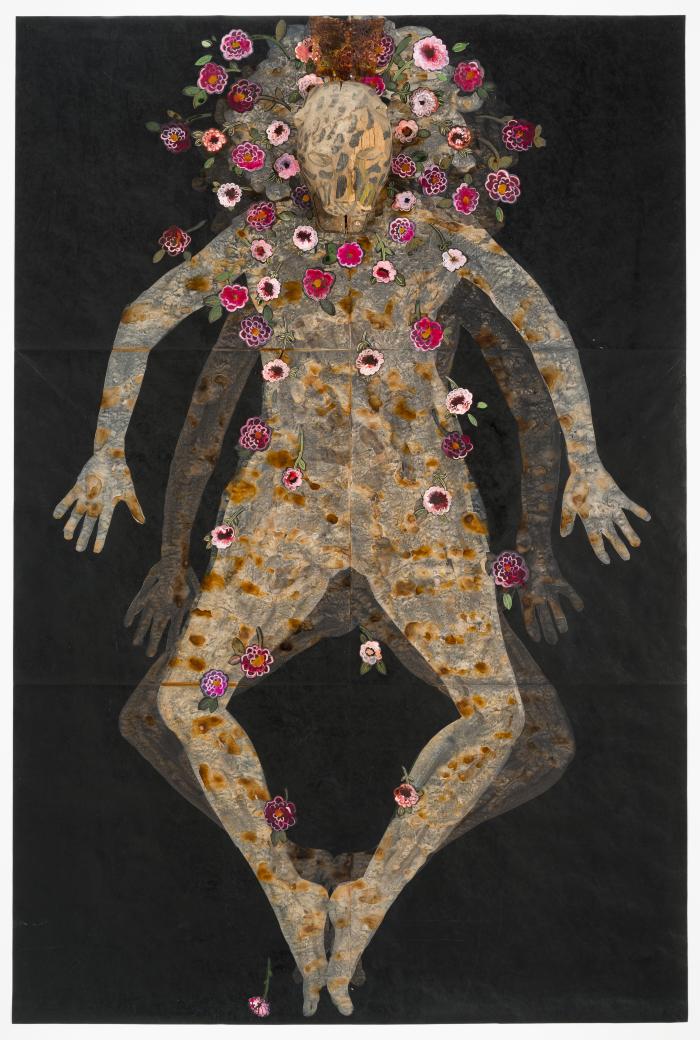 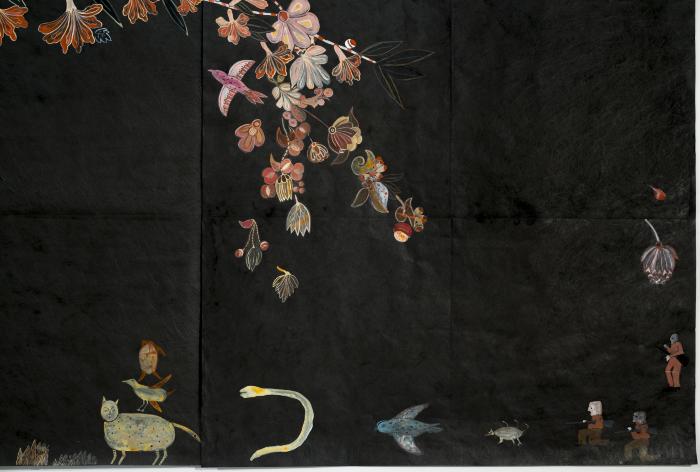 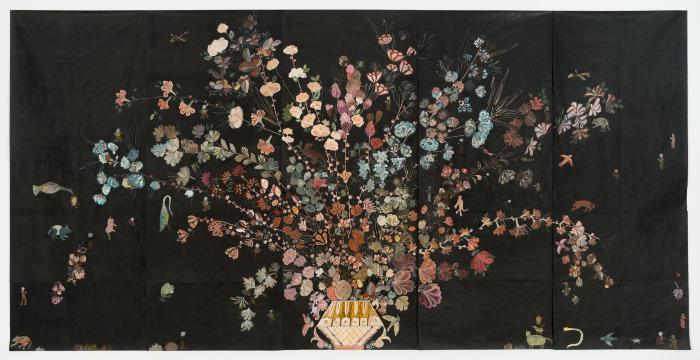 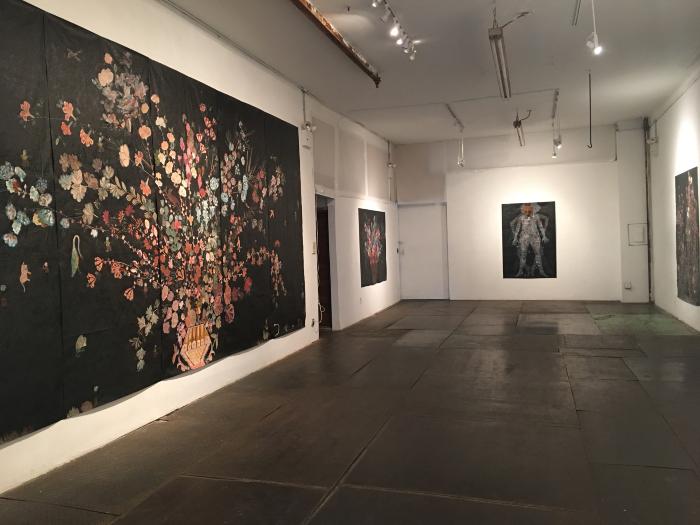 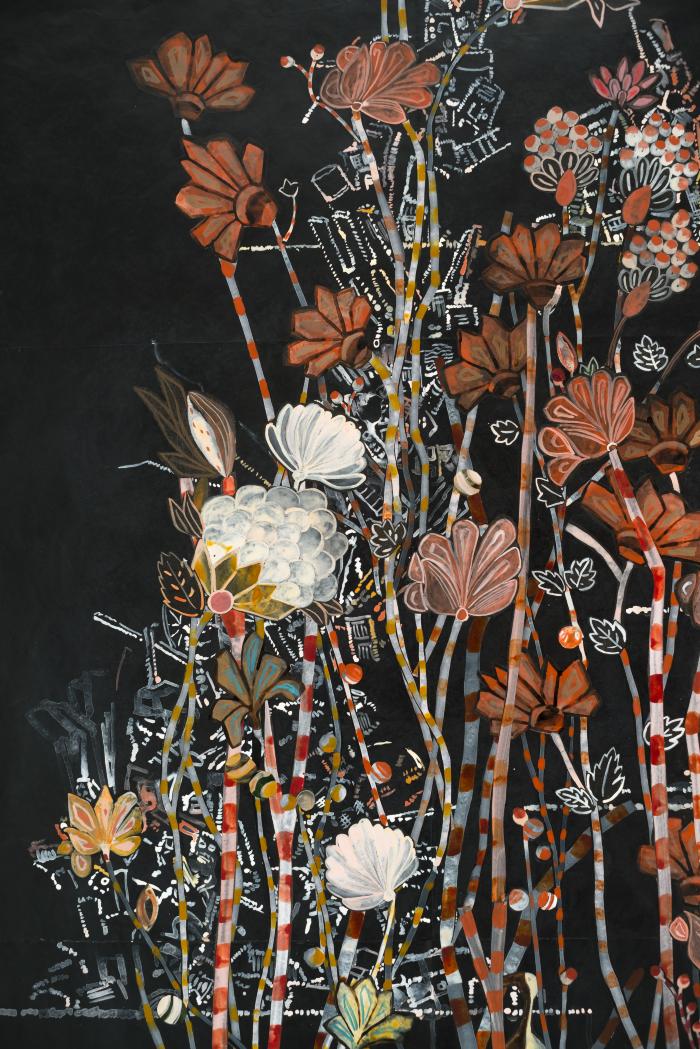 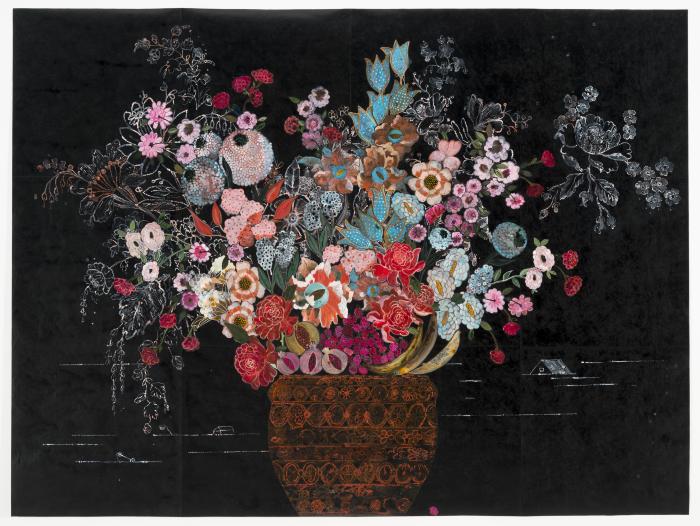 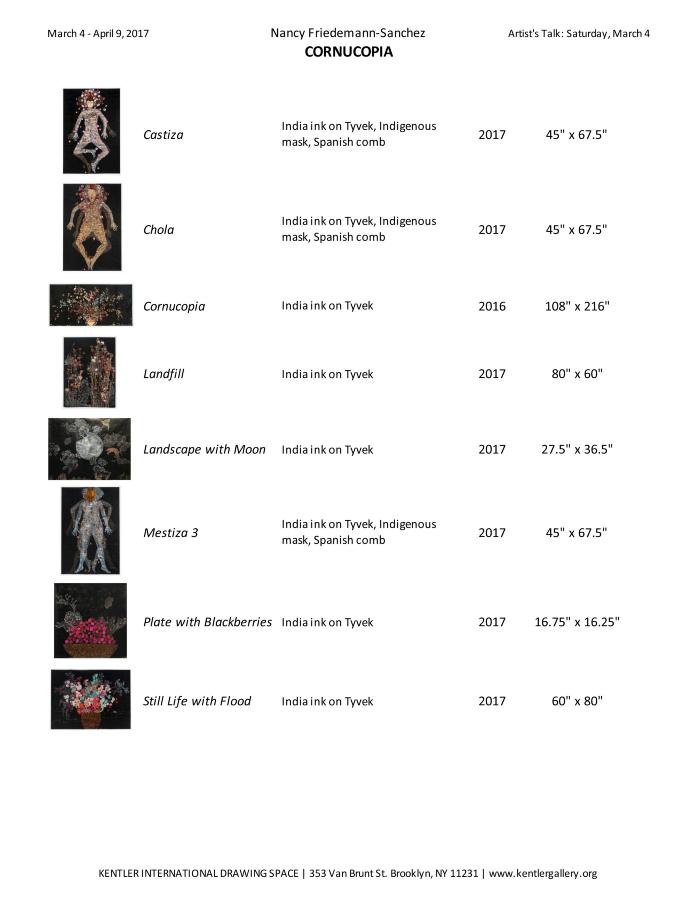 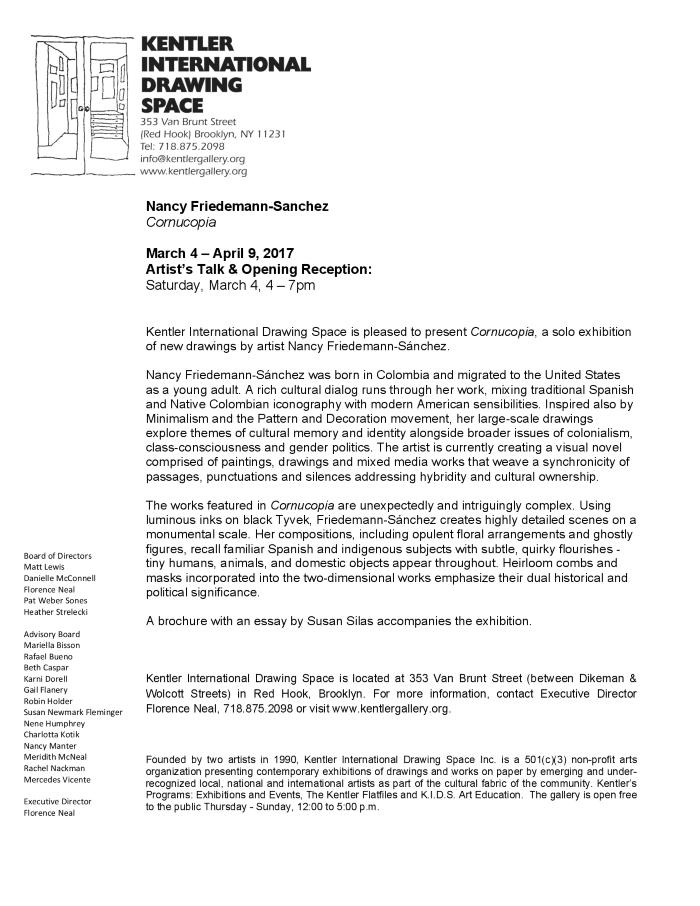 The artist Nancy Friedemann-Sánchez was born and raised in Bogotá, Colombia. She came to the United States as a young woman to attend Otis College of Art and Design in Los Angeles and later did her graduate studies at New York University. I mention this trajectory, from Colombia through Los Angeles and to New York, because Friedemann-Sánchez’s work is an expression of her experiences as a woman navigating two cultural contexts. As a child growing up she was exposed to the resilient history of a colonial culture once ruled by the Spaniards. In America, she was influenced as a young artist by the pattern painters Joyce Kozloff and Miriam Shapiro, seeing in their work an act of defiance in a predominantly male art world preoccupied with minimalism. These threads of resistance to imperial and patriarchal domination are incorporated into her thinking and into her work.

Friedemann-Sánchez is an artist for whom drawing is often the primary form. Her drawings are not studies for something else; they are intricate and grand in scale. Most often the support for these large-scale drawings, sometimes covering the length and breadth of a wall, is Tyvek, a paperlike material made of high-density polyethylene that the artist paints with India ink. The consequence of this procedure is a rich black surface with a mild sheen. After her drawing is done on top of it, there is the illusion of endless depth in this black ground, somehow reminiscent of the night sky. The drawings are filled with what seem to be infinite details, so as with the star-filled sky, the longer one looks and allows one’s eyes to adjust, the more one sees.

Early on the artist chose interior household spaces as her subject matter and she views the ability to balance her artistic life and her family life as an act of feminism, reminding us of Foucault and others who speak of the possibility of inhabiting our lives in the manner of an artwork. In an interview with the artblog MOMMY, (co-edited by myself and artist Chrysanne Stathacos), Friedemann-Sánchez states that her first impulse as an artist was to deal with the domestic. She describes her early works as crocheted doily paintings. When she later chose the flower as subject matter it was in part connected to its associations with femininity but she was also conscious of the representation of flowers in colonial painting as well as the way in which flowers have come to be associated with global trade — specifically in the export of cut flowers from Colombia, her home country, that appear for sale daily in all the bodegas in New York City.

The drawings are seductive in their beauty but imbued with a tension created by their scale. Normally a work that is so large would not be on a material as fragile as paper but would have a more rigid support, such as a canvas and stretcher bars. One might even consider the elevation of drawing to the same level of importance as painting to be an immanent metaphor, a structural relationship that parallels giving the domestic the same gravity as that of the public realm. Flowers have been an important motif in colonial artwork. Despite a long history of still-life painting, flowers are often denigrated as trivial subject matter, condescended to in much the same way as domestic activities are. It is hardly surprising then, that an artist who was influenced by the branch of feminism — the Pattern and Decoration movement — that worked to elevate the domestic to the same level of importance as prevailing male art forms would be attracted to delicate floral patterns.

In Cornucopia, the artist presents us with a drawing of an enormous floral arrangement that borrows flowers from both Spanish colonial paintings and native paintings from the Amazon, thus creating a hybrid representation that places the Spanish cultural heritage and the indigenous one onto the same plane, with the same weight. Too small to feel threatening, tiny figures float at the edges of the bouquet, a man who seems to be armed, an airplane, a drone — as if stand-ins for our unconscious, hinting that there is a complex political history that accompanies this representation and in fact the act of representation itself. This is reiterated in the composition of the flowers, which can be seen as a jubilant burst of energy but perhaps more menacingly, as an explosion.

In Friedemann-Sánchez’s recent work, found objects have become integrated into the drawings and have been arranged on tables as ad hoc sculptural installations. These objects have generally come from her home country, often from relatives and friends, and resonate as both personal and cultural artifacts. In a move toward more explicit figuration the artist presents three drawings of human figures titled,  Mestiza, Castiza, and Chola. Adorned with a cascade of flowers, each figure is literally wearing a Latin American indigenous mask. Also attached to each drawing is a peineta, a traditional Spanish decorative comb meant to support a mantilla or lace veil. And thus, Friedemann-Sánchez invokes the interrelationships between indigenous cultures and the Spanish conquest. The drawings remind us that there are many erasures that accompany the absorption of existing indigenous culture by colonial powers, whereby origins are elided or forgotten. The tribal shaman is often androgynous and functions as a bridge between the feminine and the masculine. One could say that androgyny and racial “impurity” are the driving metaphors in these drawings, metaphors meant to suggest the importance, as well as the prevalence, of hybridity in contemporary societies. In fact, at a moment when right-wing reaction has come to dominate politics even in European countries considered to be the most liberal and democratic, a celebratory reminder that purity is a fantasy and that the hybrid is not only a reality but a beautiful and complex one with historical specificity, is not only welcome but also necessary.

Susan Silas is a visual artist living and working in Brooklyn. She is a regular contributor to Hyperallergic and co-editor of the artblog MOMMY