exhibition
The Persistence of Line: Selections from the Kentler Flatfiles

Curator's Talk: The Persistence Of Line 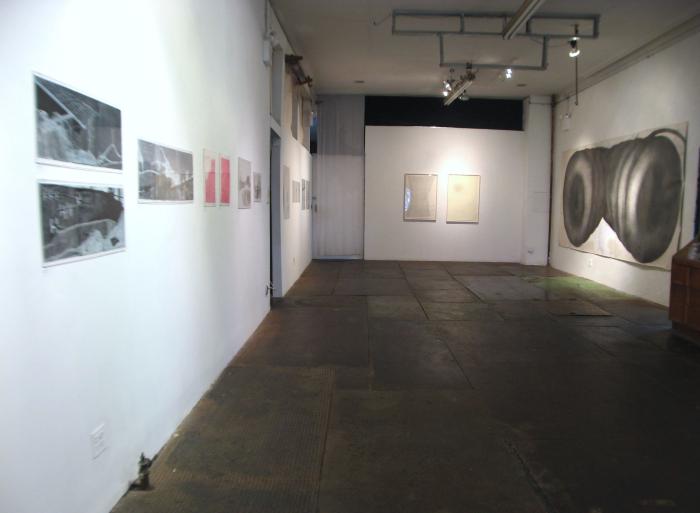 Abby Goldstein, The Contact of Two Chemical Substances, charcoal and pencil on paper , 15 in X 15 in, 2008. 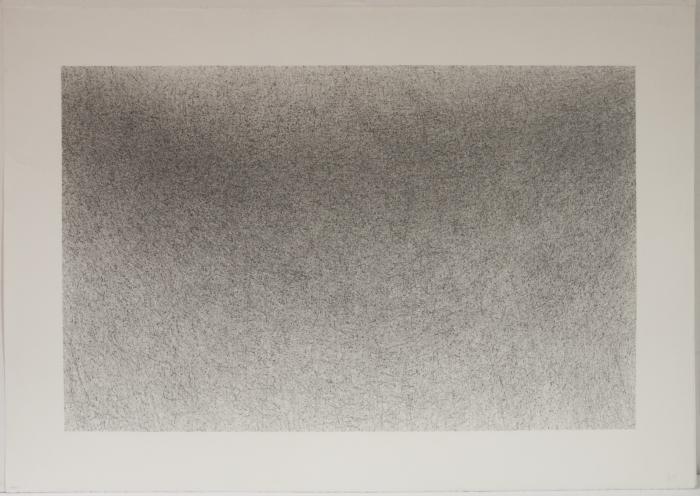 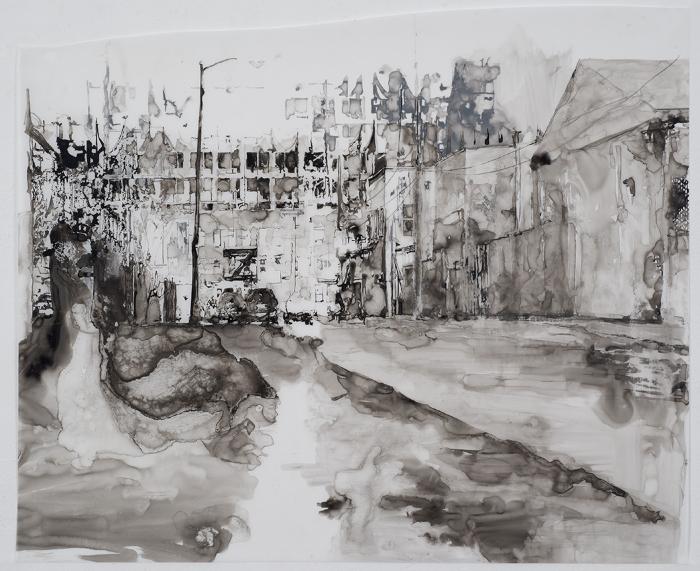 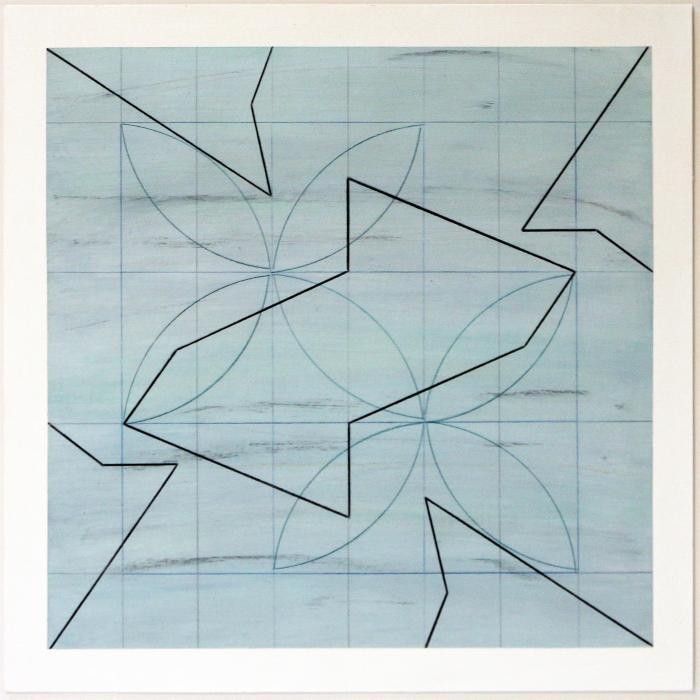 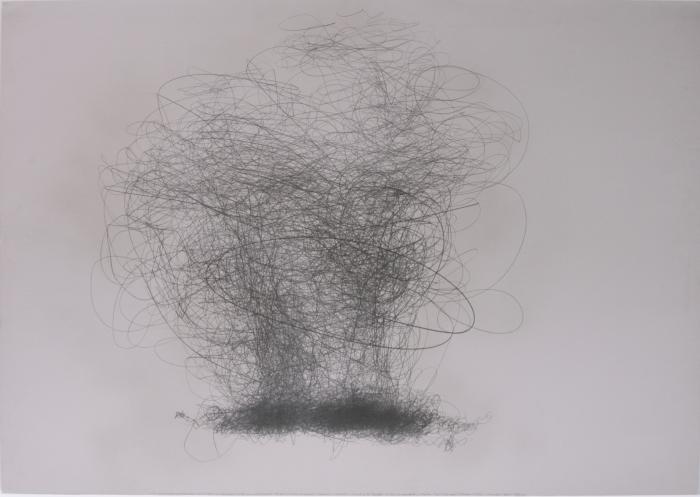 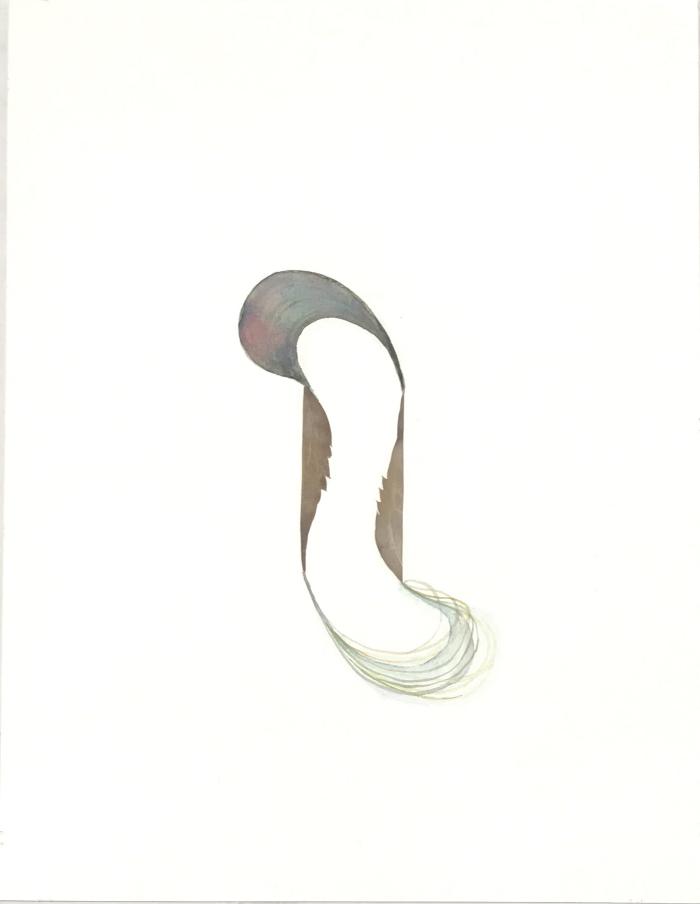 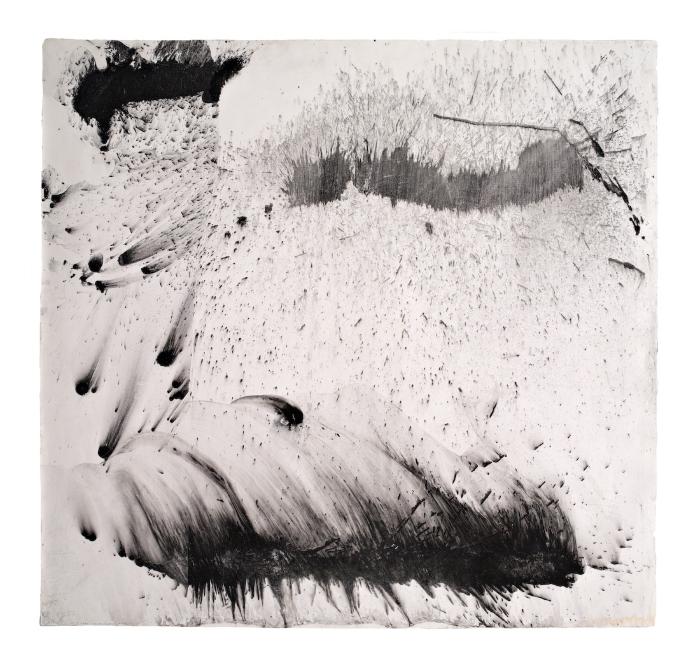 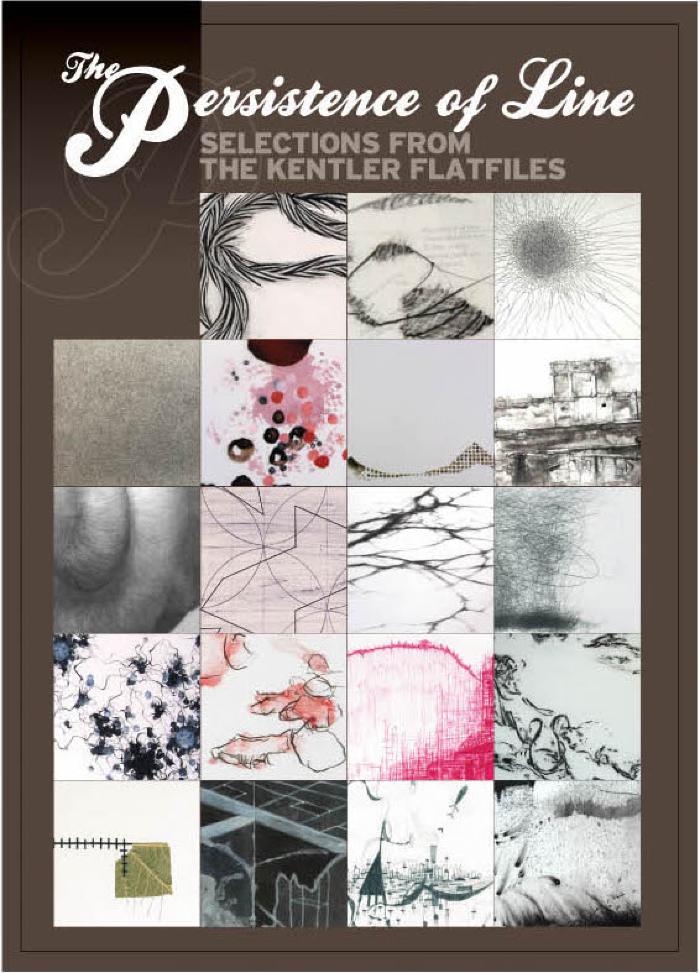 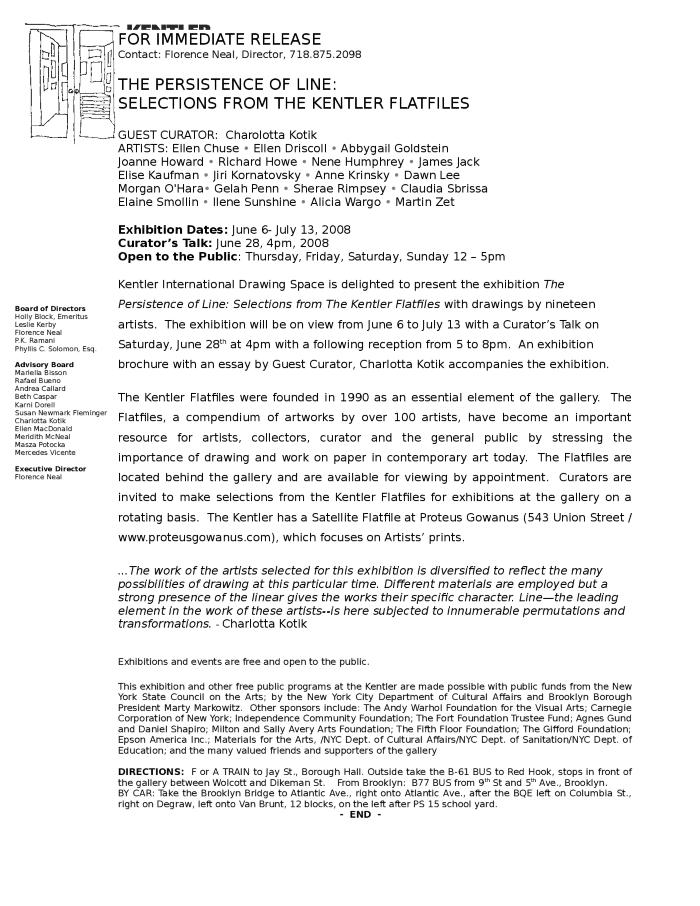 The contents of the flatfiles at the Kentler International Drawing Space is delightfully diverse--a testimony to the open-minded policy of a place that embraces creativity on a broad scale. Thus the selection process, albeit predetermined by the material already therein, could have been a daunting task.

While pouring over the drawers containing the work one embarks on a voyage of discovery that can lead in many directions. One might choose a theme as a way to organize the selections, or possibly include a large number of works of different character, highlighting diverse materials and artistic intentions. Frequently though it is the immersion into the selection process itself that brings to light certain repeated features in a number of works and a theme begins to emerge on its own. What struck me while looking at the numerous works was the artists’ adherence to clearly defined linear elements in many of the pieces. Naturally, line is the prime embodiment of mark making, which is a core activity in drawing. Thus the preponderance of line is not a surprise in itself – what is startling is seeing the many different manifestations the line can take in order to become a viable tool. In an artist’s hands it can metamorphose from something sharply defined, classical and almost impersonal into a thick, blurry and expressive tool that makes evident the artist’s emotions and need for metaphor.

In some of the works, such as Anne Krinsky’s Diagonal Thinking series, the sharply delineated line results in a geometric abstraction, clearly identifying the content as well as the form of the piece.

While one has to trace the colorful amoebic shapes in Nene Humphrey’s works to biomorphic forms, the lines jutting out from their distinctive cores, as in the watercolor Site, point toward an almost opposing mood, one that strives for order, organization and clear direction.

In The Contact of Two Chemical Substances, a well-titled piece by Abbygail Goldstein, lines of various thickness and length tie together the dramatically delineated clusters, alluding to the results of often unpredictable chemical reactions. They seemingly transmit the explosive command through the piece, assuming the primary role in the composition.

For Gelah Penn the linear elements are equally essential. In Splink 13 they propel the spermatic shapes across the pictorial field, clustering them around the larger round figures. A vision of the origins of life comes to mind. There seems to be ceaseless activity, which could expand the drawing into a much larger dimension. Expressive and energetic, the drawings present microcosms of Penn’s large installation pieces.

Geometries of nature are explored in the work of Ilene Sunshine. The natural forms brought into the pieces by inserting a fragment of a leaf or a plant could repeat its delicate lines, such as in L.S. #38, or stress the inherent geometry of the plant as in the L.S. #19.

Depicting nature is not an expressed interest of James Jack. However, the work has distinct features that align it with landscape imagery. It is also a result of the artist making his butternut ink from natural materials. He calls the process of collecting, boiling, filtering and distilling his own inks as meditation in action. The resulting drawings have a distinct horizon line and echo the Asian approach to landscape painting.

Grand Cascade is an image of one monumental snaking line composed of a multitude of shorter decisive strokes. Ellen Chuse created an allusion to a fragment of festive ribbon, as well as an implied image of a magnificent estuary carving its way through the virgin landscape.

Meandering lines twist and turn within a sea of white space in the lyrical piece called Loretta Orchard-Cherry by Elaine Smollin. Smollin spent time in Prague in the fall of 2003, and she responded to the slightly ornate as well as melancholy spirit of the place in her subsequent work.

Dawn Lee caught the atmosphere of a snowy environment in her Shadows on Snow series. Blurry lines expand into areas of darkness, beautifully capturing the ghostly play of light and shadow unique to the winter season.

Martin Zet’s works bespeak the landscape literally and figuratively. Created by applying ink to a sheet of paper, he lets the waves wash over the sheet. Man’s ideas and determined actions and nature’s more unpredictable energy unite in creating the resulting works.

Although water is the subject for Alicia Wargo’s as well, her playful piece called In Water takes a different approach--here the artist is in full control of the compositional elements, deciding all the details of the piece.

The constraints of the urban environment provide an inspiration to Claudia Sbrissa. Short, intense lines delineate the geometric structure of her densely drawn pieces. The geometric shapes are than almost completely filled with myriad strokes of the same or similar hue.

Elise Kaufman lets the images of city structures be entirely recognizable. It is an industrial city we live in, full of angles and obstructions but also containing the raw poetry of the bygone industrial era. Lines and subtle washes delineate as well as partially obscure the buildings, fences and highways that are not only unique to Brooklyn but also to any postindustrial city the world over.

Ellen Driscoll is a consumed installation artist. Her eminently spatial thinking is evident in her drawings, where the foreground and background are clearly distinguished. The lines are weaving through the work in twists and turns or are organized in a geometric pattern to suggest a vision of perspective. The dark paper and light washes create an almost mysterious atmosphere in pieces dealing with very industrial subjects.

Myriad lines coalesce into huge surreal shapes in Jiří Kornatovský’s drawings. As if emerging from outer space these shapes seem to be floating on the pictorial field and emanate a strong three-dimensional feeling. They speak about clearly defined volume as well as the painstaking process of mark making.

Mark making is also essential for Richard Howe, who covers a selected area of the paper with countless subtle graphite marks. Through the time-consuming process there emerges fields of almost unified color and distinctly lyrical feeling.

Dense energetic lines are characteristic for Morgan O’Hara, who reacts to the energy generated during musical performances. Translating the movements of the conductor into the dynamism of visual presentation, her work displays dense clusters of lines as well as long sinuous marks responding to the intensity of the sound.

Positioned off center on a sheet of paper, Joanne Howard’s Sunflower radiates with inner intensity. Bespeaking the energy of the sun through the shape of the flower that bears its name, the artist addresses the real and the imagined, moving between abstraction and representation.

Mutating shapes of what might be considered internal organs are the subject of a new series of works by Sherae Rimpsey. Called syrinx projects the title itself brings to mind terms associated with anatomy. These partially shaded hybrid shapes are clearly outlined in graphite, the reddish color accent calls for another bodily association; and in the background of these strange occurrences lurks the surreal.

The work of the artists selected for this exhibition is diversified to reflect the many possibilities of drawing at this particular time. Different materials are employed but a strong presence of the linear gives the works their specific character. Line—the leading element in the work of these artists--is here subjected to innumerable permutations and transformations.