Curator's Talk: Camille Ann Brewer, "To Be Young, Gifted and Black in the Age of Obama” 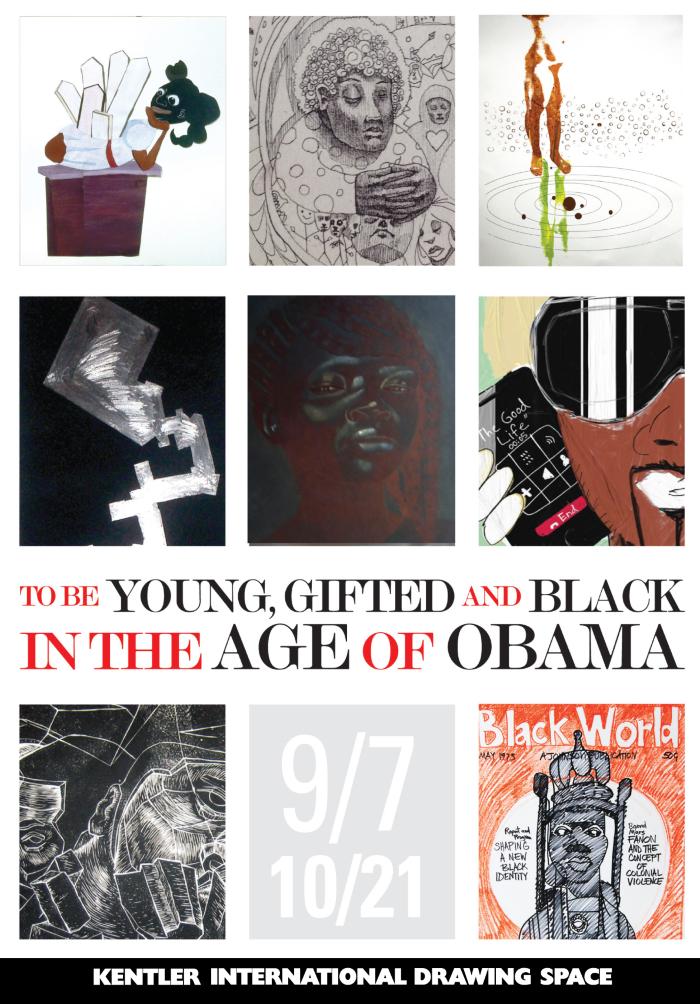 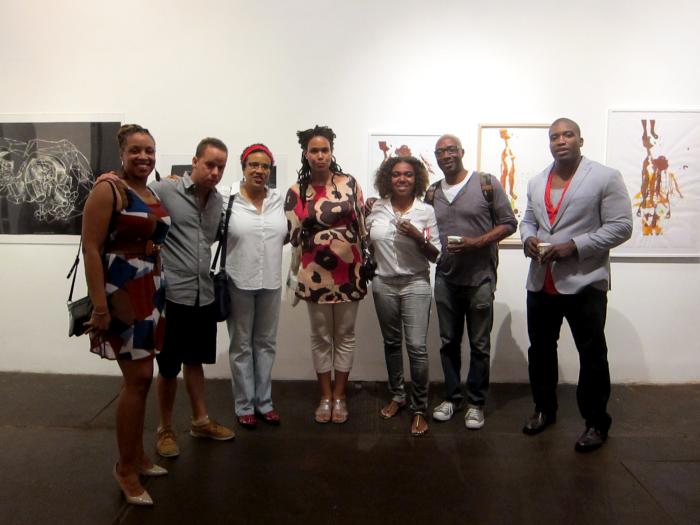 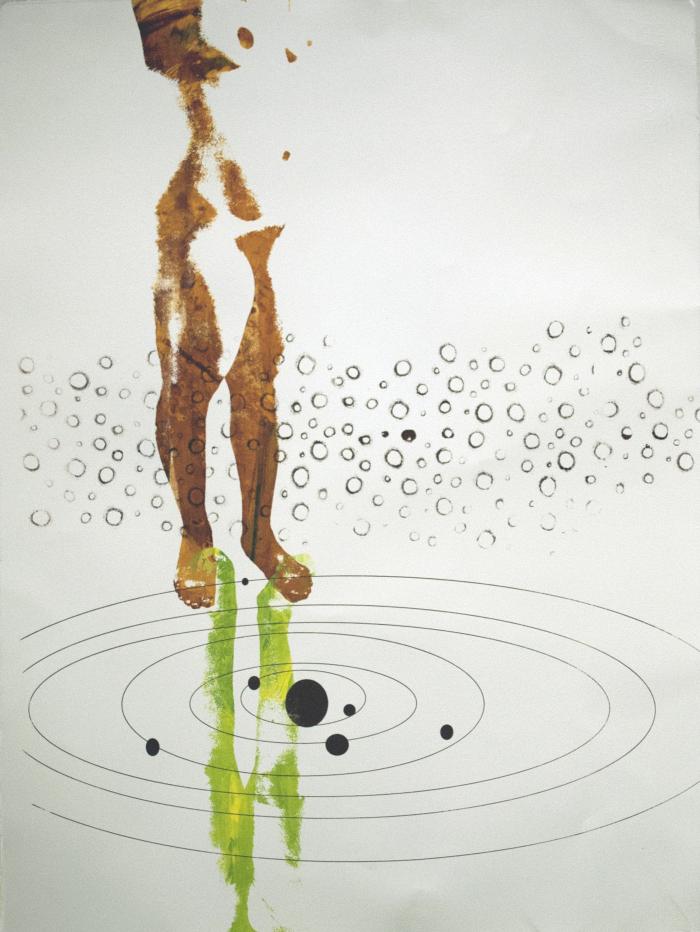 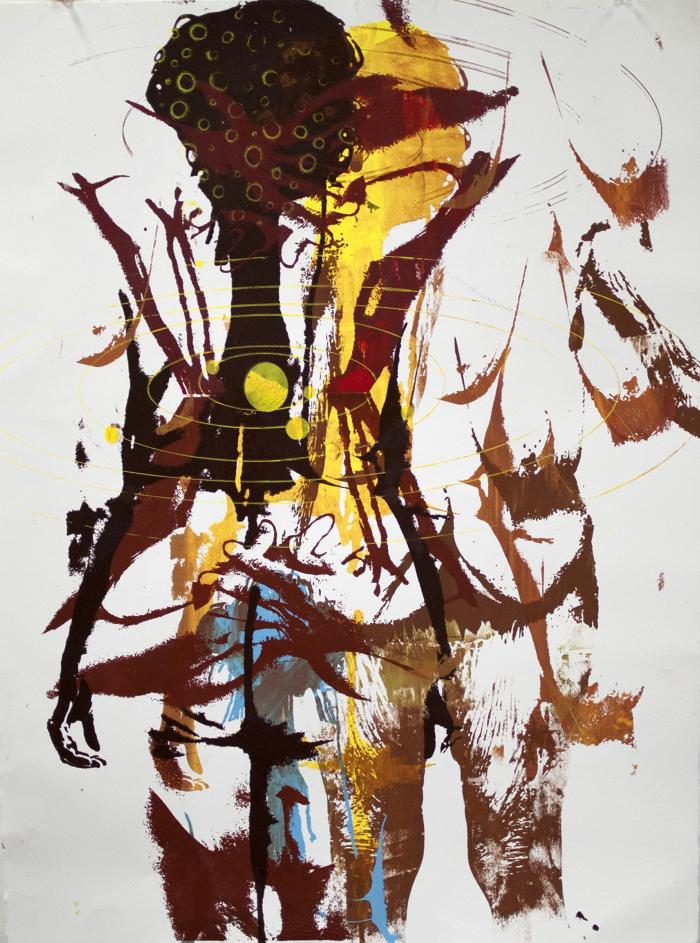 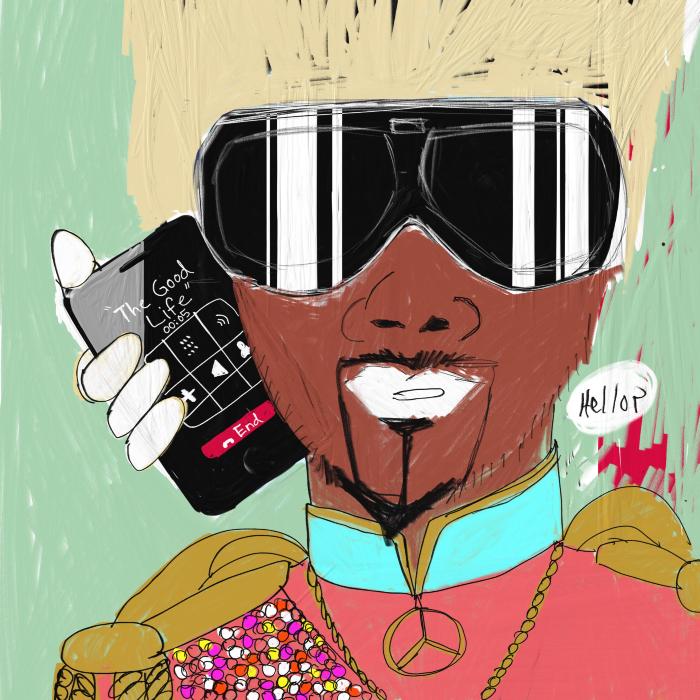 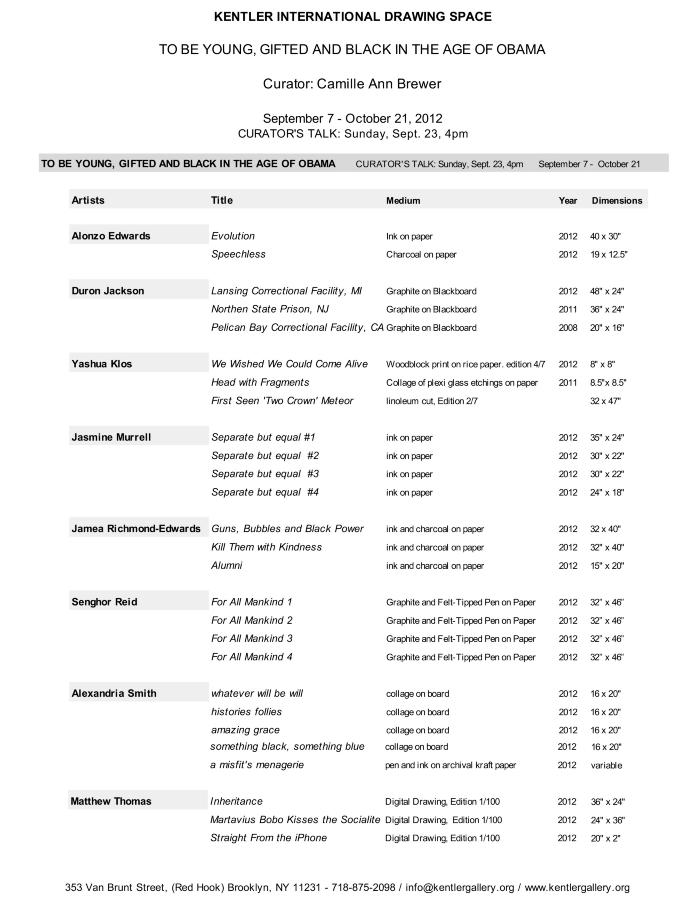 To Be Young, Gifted and Black in the Age of Obama
Curated by Camille Ann Brewer
Curator's Talk: Sunday, September 23, 4pm

To be young, gifted and black,
Oh what a lovely precious dream…

The spirit and title of this exhibition are derived from the song “To Be Young, Gifted and Black,” which was written in 1970 by songwriters Nina Simone and Weldon Irvine. The song became a Top Ten R&B hit and a civil rights anthem, and was a product of the Black Arts Movement (BAM), the artistic branch of the Black Power movement, a facet of the American Civil Rights Movement. Performing artists, musicians, writers and visual artists defined the movement through their work and in cultural manifestos. The BAM provided visual artists and art viewers with self-affirmation along with community and cultural validation and a sense of renewed authority and license. These affirmations became benchmarks for the BAM, and highlighted an important facet of American 20th century cultural history.

At the time, there was overarching community optimism for the youth of the day despite the horrors of Vietnam, the urban riots, and the deaths of Malcolm, Martin and Medgar. Growing opportunities for access to equal education, employment and housing added a sense hope for a community that believed the civil rights struggle had provided a path for young people to take advantage of opportunities that generations of African Americans had been denied.

You are young, gifted and black
We must begin to tell our young
There's a world waiting for you
This is a quest that's just begun

All born after 1970, the artists featured in this exhibition entered a “world waiting” for them with the belief that their work would be accepted on its own terms and that the barriers of access to exhibiting and gallery representation had dissipated. I formulated the idea for this exhibition to learn if this in fact was the case for young, gifted and black artists working today. For this drawing exhibition, the artists were asked to read selected writings by African American artists from the late 1960s and create a body of work in response to the readings, which included essays by Raymond Saunders, and Alonzo Davis and theories on African Universal Aesthetics.

I posed the following questions as the artists approached the drawings. Given the rich history of the BAM that defined cultural aesthetics in many art forms during a specific time period in American history, what does it mean for African American artists, who were not alive during the time of the BAM, to be young, gifted and black in the age of an Obama presidency? What is the response of young, educated African American artists today working in an “art world” that, in most cases, has shunned their voices?

Before executing any work, Senghor Reid, sought out additional writings that explored the ideas of black art philosophy, such as work produced by members of the literary and ideological movement, Négritude, and the writings on “double consciousness” by W. E. B. DuBois, as well as articles on visual art in Negro Digest (later Jet magazine). Reid commented, “We have two different visions, one of ourselves and another that others have of us.” Reid concurred with the content of a black aesthetic as outlined in the AFRICOBRA Manifesto, yet he stated, “There are so many types of artists with different experiences. How can one philosophy speak to an entire group of people?”

Matthew Thomas states, “I owe my life to my experiences,” and had a similar response to the writings, asking, “How does the AFRICOBRA approach to art- making encompass all of the black experience?” He also noted that the writings forced him to examine and question whether such a movement exists today among African American artists. Thomas’s drawings highlight the effects of the “burst in the optimism bubble” that occurred in the late 1970s and into the 1980s with the introduction of crack cocaine, Reagan era policies and HIV/AIDS into the black community. He wonders how artists reconcile that history with the backdrop of the civil rights era.

Duron Jackson’s abstract drawings explore light, color and form, and at first glance appear to be benign and very formal in their composition. Yet, the underlying theme of his work is definitely rooted in a collective community experience and he, too, is questioning a breakdown in the structure of black culture. The cool and austere drawings of aerial views of U.S. prison structures quietly invite viewers into a horror that has grown significantly since the civil rights era.

Jasmine Murrell’s drawings also explore the unraveling of the community fabric since the time of the BAM, and investigate the long-term impact of the missing man/father from the home. As she completes her graduate studies, this theme of the absent parent has been a difficult one for her to explore within the “walls of the art academy,” where she encounters the battle of “double consciousness” and wishes she had had more opportunities to explore a black aesthetic.

Jamea Richmond-Edwards notes, “Post-black art brought about a notion that abandoned the initiatives and aesthetic principles of the Black Arts Movement.” After reading the articles and completing her graduate work at Howard University, she felt “compelled to revisit the “black aesthetic” within her work. Her drawings examine the “consciousness” of being an artist who is a woman of African descent in America.

“What it means to be a black artist and what is black art?” is the question that came to Alexandria Smith as she responded to the articles. She states that, “Black artists are expected to create work that utilizes the black/brown body.” And when they do, she continues, “an invisible barrier seems to appear in which people feel uncomfortable or are unable to discuss the work from a conceptual standpoint.” Her drawings use the brown body to express taboo concepts, which are political and personal, and embrace many of the aesthetic paradigms noted in the AFRICOBRA article.

Yashua Klos’s drawings explore a next step in consciousness beyond a specific time frame in cultural history. His work investigates the philosophy of Afrofuturism, a cultural aesthetic that combines a number of science-based genres with non-Western cosmologies to investigate present-day dilemmas of African Americans and to re-examine historical events of the past and, perhaps, illuminate solutions for the future of the black community.

Alonzo Edwards, the youngest artist in the show, notes he enjoyed exploring the articles, however he feels that his art does not subscribe to labels or boxes. He states, “I am a black man, but I don’t need to constantly classify that to the world. I strive to simply be, and for my work to do the same.” But, given his life experiences, I believe that his drawings present a unique cultural aesthetic that he has inherited from his close-knit community.

Working on this project has been a great joy, and I want to thank Florence Neal for providing the opportunity to make this exhibition a reality. This is the beginning of a dialogue I foresee these artists will continue for years to come.

Camille Ann Brewer is the curator of the Mott-Warsh Collection and owner of CAB Fine Art, Ltd., a fine-art cataloging and appraisal service based in New York City.