exhibition
The Graphics, Music and Writings of Herbert Brün 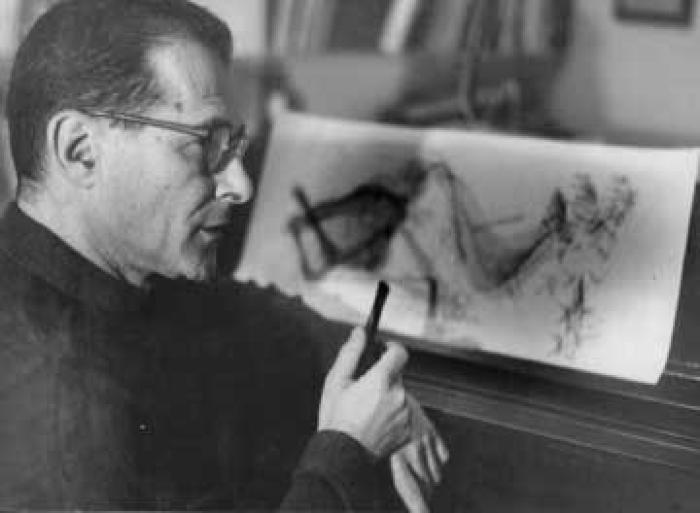 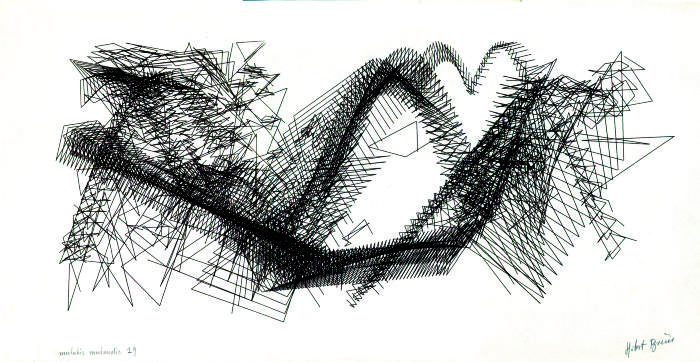 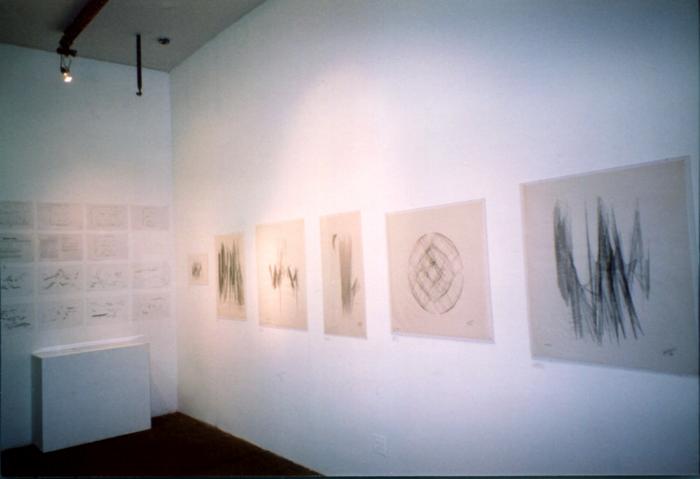 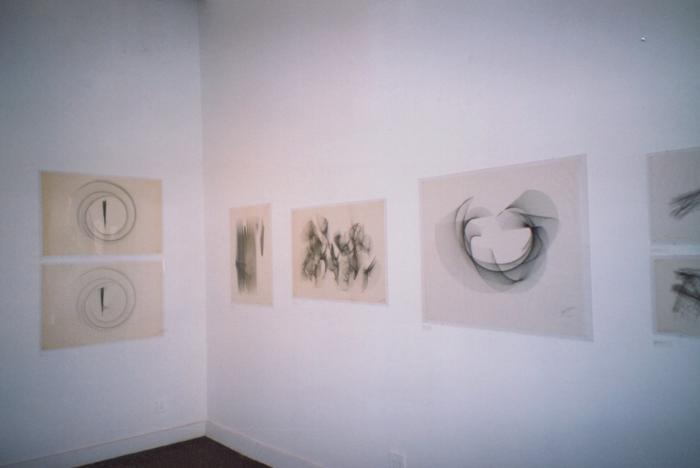 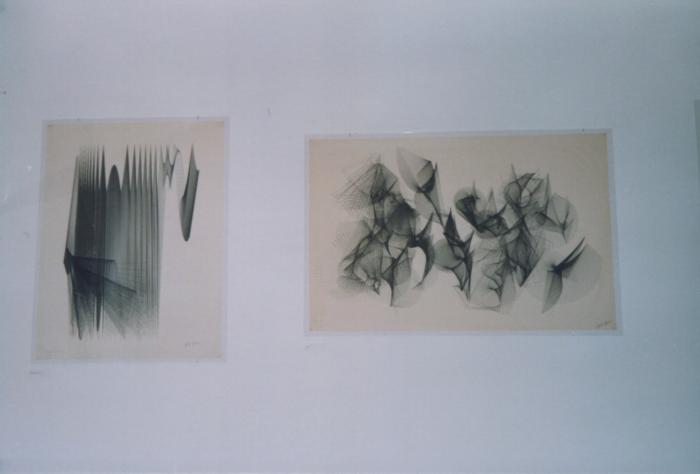 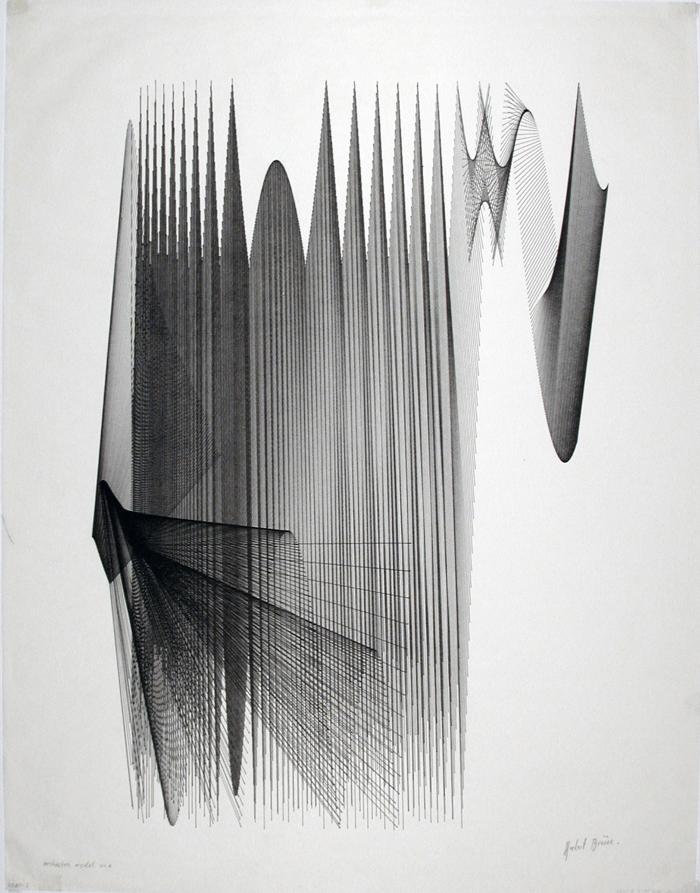 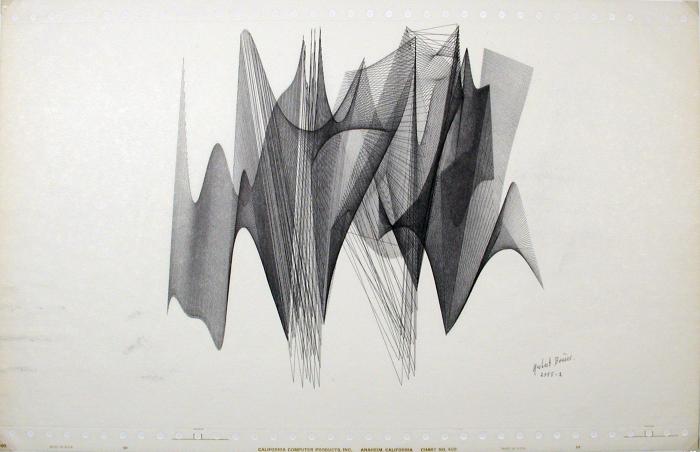 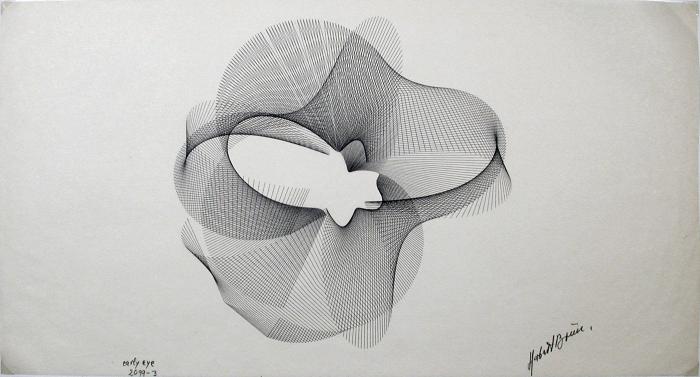 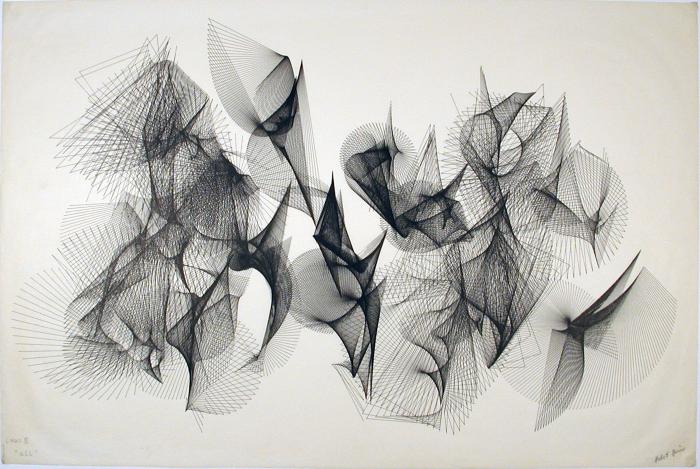 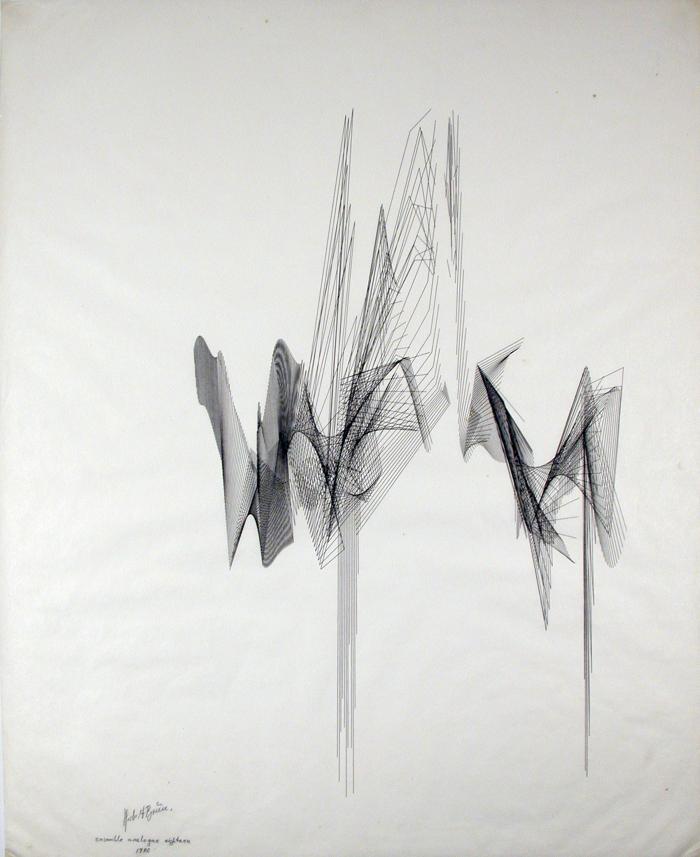 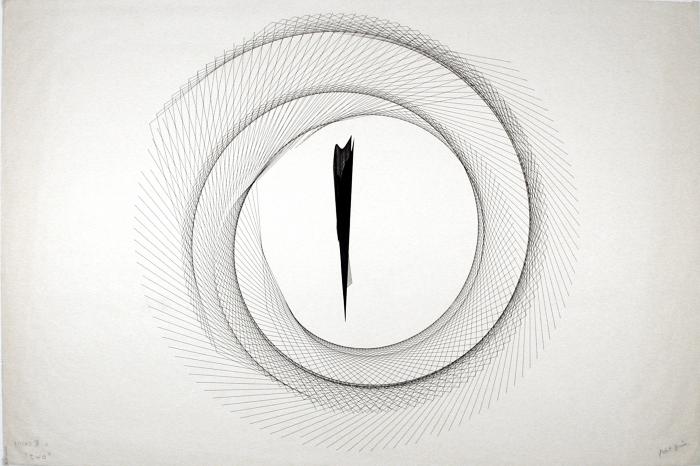 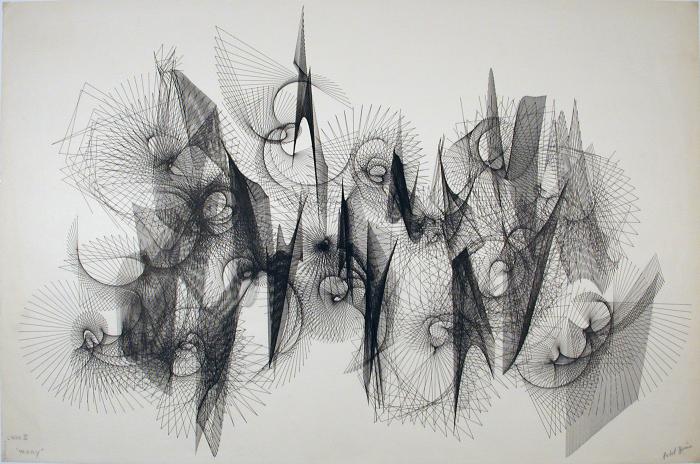 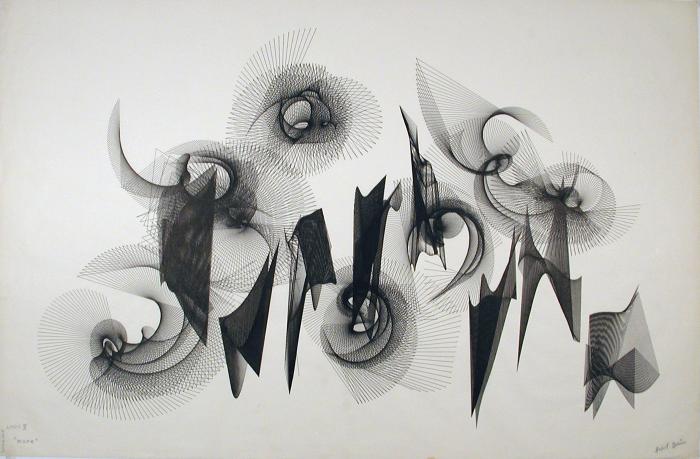 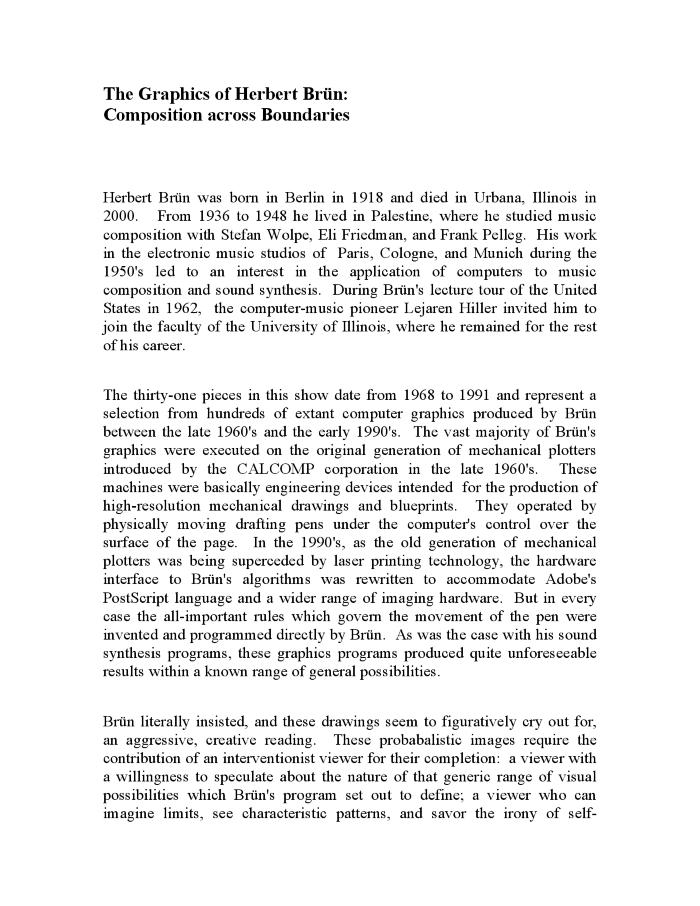 "The Graphics of Herbert Brün: Composition across Boundaries" —Michael Kowalski 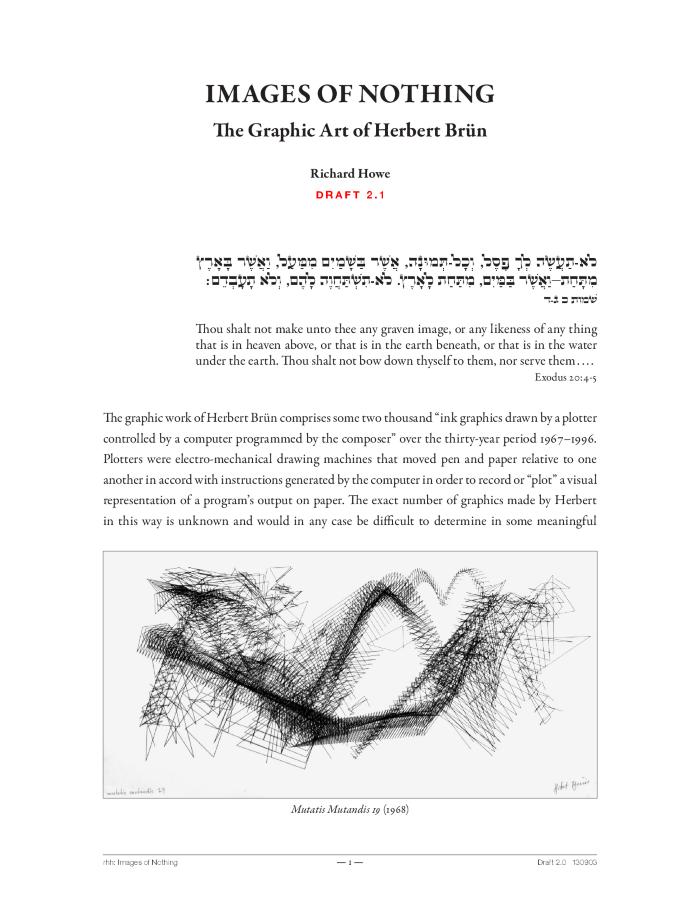 "Images of Nothing: The Graphic Art of Herbert Brün" —Richard Howe

Herbert Brün was born in Berlin in 1918 and died in Urbana, Illinois in 2000. From 1936 to 1948 he lived in Palestine, where he studied composition with Stefan Wolpe, Eli Friedman, and Frank Pelleg. From 1955 to 1961 he pursued research in electro-acoustic composition in Paris, Cologne, and Munich. In 1962 Brün was invited by computer-music pioneer Lejaren Hiller to join the faculty of the University of Illinois, where he continued his work in electronic music and began research on the use of computers in composition, both musical and visual. In addition to a large body of music for traditional instruments, tape and instruments, tape alone, and computer-generated graphics for diverse interpreters, Brün produced several volumes of essays and aphorisms dealing with the social and political significance of composition and language. When Music Resists Meaning, a collection of his major writings edited by Arun Chandra, was published by Wesleyan University Press in 2004.

EXHIBITION:
A selection of over thirty of Brün's pioneering computer-generated drawings from the 1960's through the 1990's will be on exhibit at the gallery, including several of the most important graphics intended for use as musical scores. This marks the first major exhibition of Brün graphics in New York City.

CONCERT:
On Friday, September 17, a concert performance of several of Brün's pioneering graphic musical scores will be presented at the gallery, featuring performances by virtuoso percussionist Allen Otte and members of the New York-based ThreeTwo Festival, directed by Keith Moore, Taimur Sullivan, and Elizabeth Adams. The entire concert is under the music direction of Keith Moore.

SYMPOSIUM:
On Saturday, September 18, the gallery will host an eight-hour symposium devoted to Brün's drawings, music, political philosophy, and his use of computers in composition. The symposium will focus on introducing New York artists, musicians, critics, and computer-art experimenters to the full spectrum of Brün's work, including his rich body of writings on music, performance, politics, and language. A series of four panel discussions will alternate with breaks during which recordings will be played of several larger musical works which could not be included in the previous evening's concert. The philosophical, aesthetic, and technical problems posed by Brün's work still have a remarkable resonance for any artist for whom the notions "experiment", "explore", "stipulate", "communicate", and "compose" retain their savor. The ultimate goal of the exhibition, concert, and seminar is to examine the links between problems posed by this body of work and the concerns of contemporary composers of all manner of texts.
Symposium curator: Michael Kowalski